The Flipside of Imo Lawmakers’ Endorsements 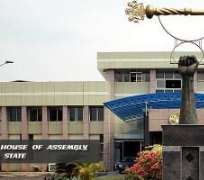 In every political dispensation, in every electoral period, in various levels of party operations and in every political party, there are different political gimmicks, strategies and ploys used to facilitate the goals and interests of the party stalwarts, chieftains, godfathers and in-groups’ scheming. It depends on what is obtainable in the political dominion and the trending psychology of the masses within the political-divide, as well as the demands of the populace, which are aligned with aversions and affectionate penchants, satisfactions and dissatisfactions, confidence and lack of confidence of the masses on their democratic leaders.

Barr Chima Anozie in one of his recent interviews remarked that “In this dispensation, what is in vogue and trends, is endorsement. In the past, the trends were- Character and political assassinations, calumnies and dismissals, biasing and embarrassing jingles, beating of Rev Fathers and Pastors, etc, in order to incite public disaffections for aspirants. This time around, it is endorsement- In the kitchen, church, beer parlour, markets, vehicles, smoking joints, hotels, conference centres, motor parks, airports, marriage and burial ceremonies, politicians’ houses and offices, etc. No day or week passes without endorsements in any of these places and occasions. It’s a faddism!” Indeed, it is a short-lived political fashion and brief political trend that is being lived with extreme imaginative excess.

Endorsement is a public support given to a person or something. It may be an official approval of or permission for something, and an instance of public approval of a product for advertising purposes. In politics, it is a public support given to a candidate or an approval, backing, affirmation and encouragement given to a political office holder, an aspirant for elective or appointive office. For the fact that official campaigns have not started, the ongoing endorsements are nothing but the exercise of a good marketer, advertising his product for public awareness and previewed diversion of interests and choice. And whoever does endorsement now is not a bad politician or leader, but a good marketer, perfecting ways to sell his products in perspective planning.

This political action has been abused in Imo State by some apex party leaders, chieftains and members, mostly the APC in this 2018/2019 electoral dispensation. It is a personal affirmative opinion and human antic, inauthentic in electoral politics and democracy, and illegal in fair-play politics. In reality, it does not eliminate, supplement or compliment party primaries or election proper.

Of a truth, endorsement has no effectual influence in active politics. It does not promote a party beyond its oppositions’ strength and success limits, and does not guarantee electoral success in actual voting and polls. As an electoral and political antic, its major aim is to deter and scare away other contestants and demoralize their structures. It is an internal scheming and propaganda by an in-group that purports overriding influence on the set. To this effect, it is not part of level-ground party politics, and as such, it is illegal and does not cancel party primaries, and is not a party’s decision as a corporate entity.

Considering this illegality of endorsement in genuine and level-ground party politics, the recent endorsement of 20 out of the 27 Lawmakers in Imo State (which the Speaker and Deputy Speaker of the Imo State House of Assembly played front-liners), one is tempted to probe and wonder what is lawmaking outside the horizon of the law or what is the legality of an illegal act when lawmakers embark on it. In hierarchical Christian churches where prayers are led by the priests, official prayers held in liturgical procedures by the priests, are ecclesiastical prayers, since a priest or priests presided over them.

In similar manner, in state legislation, it is constitutional that a member of a State House of Assembly serves in government or in opposition, and in agreement with party policy. In this constitutional foundation, one wonders if the said endorsement is part of the Imo House of Assembly members’ services in the present State government or is their endorsement an opposition service, or was it in agreement with the APC party policy?

Notwithstanding their political outlook and regardless of their cliques in the House, it is also the role of the House Members, to represent their Local Government Areas, to represent the specific interests of their constituents, and are compelled to consider their needs as a whole. The IMHA members endorsement, is it in accordance with the interest of their constituency or their needs?

It is also the responsibility of the House to legitimize a political candidate for office, but this is in the House, which members of the public are also allowed to express their opinions on such candidate in the House of Assembly. This constitutional responsibility does not include their endorsement of a political candidate for an office outside the House, and even where they have such, the members of the public they represent, have great deal of opinion to put.

These responsibilities apart, what Imo lawmakers did in the endorsement of Uche Nwosu is purely no function of the House, and never part of its oversight functioning on the Executive arm of government. The House politics is different from party politics, and each has its specific procedures and stages of executing its functions and programmes. What they did is the flipside of the roles of the House, and when legislators embark on flipside procedures and activities, then the law has no powers over them as they are thus above the law, because they make it.

Without being the abode of the law, the Imo Lawmakers would not make laws, and given the fact that one’s acts are associated with his profession and background, whatever the Imo lawmakers do in the official capacity of a House, is so to say legitimate, but not to what even the masses know is illegitimate. It undermines the lawmakers’ integrity, and their representative standing and credence.

Imolites from the various Local Government Areas from where the endorsing lawmakers come from, are aware that the endorsements are not part of the representative functions of their elected reps, and as such are individual opinions of the lawmakers, who are significant personalities, party chieftains and statesmen in their area. I believe this is the backdrop from which the legal luminary and APC gubernatorial aspirant in Imo State, Barr Chima Anozie, said that “The issue of endorsement is found nowhere in INEC rules and Nigerian Constitution. So any group can come up tomorrow under the aegis of a cluster, LGA or zone, and endorse whichever candidate to plot and ploy.”

Considering the above, what the 20 Imo lawmakers did was not in accordance with the constitutional functions of lawmakers, it does not represent the opinion of the masses they represent, and thus undermines their credibility and prestige, as the Executive Arm of government and Imolites could see them as frame-workers. The non-participation of the other lawmakers is a perfect testimony to this fact.

Of a truth, the Acho Ihim-led House of Assembly has for a long time, piloted an industrious and peaceful House in the history of the State, with less political heat-ups and higher productive House Committees under his leadership. Given his cordial relationship with Gov Okorocha and the peaceful cooperation between the Executive Arm of Government and His led House of Assembly, it is evident that perhaps, this led to the endorsement, but it is not legislative, and does not give prestige to the House.

That endorsement is a sly on the lawmakers, just as the media projects an image of the revered honourable Speaker of the Imo State House of Assembly, Rt. Hon Acho Ihim, bearing placard on the said endorsement, his status in the State, notwithstanding. If something indicting happens to the Governor and his Deputy at once, who rules the State to now bear placards for a serving Chief of Staff? The endorsement is a sly on the legislative arm in Imo State, and they owe their constituents serious apology. For the IMHA majority to endorse Uche Nwosu as the most plausible panacea to the issue of projects discontinuity in the State, and with the Speaker and Deputy Speaker of the House among the majority, shows that the IMHA has joined Governor Okorocha in the extra electoral rulebook gimmicks for nomination of gubernatorial candidates.

On the gubernatorial ambition of the revered Speaker of the Imo State House of Assembly, Rt. Hon Acho Ihim, the endorsement identifies his implicit self-withdrawal and elimination from the 2019 Imo gubernatorial race. It is illogical for him, from his exalted post of the Speaker of the State’s House of Assembly, to endorse the State’s Chief of Staff and a co-aspirant in same elective post, and still pose as a seriously minded aspirant at the same time. To this effect, it is comical showcasing him as an Imo 2019 guber aspirant as the Whitepaper and Nigerian Horn newspapers present him in adverts. This might also inform why the House in its majority bent to the endorsement. It seems the flipside of letting Imolites know the self-withdrawal of the Imo Speaker from the 2019 gubernatorial race.