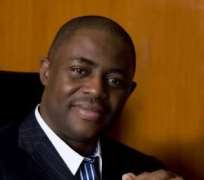 Yet the individual that has captured the situation with more clarity, strength and conviction than perhaps any other in the last few days is my friend and brother Mr. Tony Ipriye Uranta.

Tony has been one of the most courageous, consistent and celebrated voices in the struggle for emancipation from military rule, freedom from northern hegemony and the establishment of democracy in Nigeria for the last 30 years and his words are worthy of consideration. On March 18th he wrote,

"I am unapologetically against ALL bloodthirsty demons, be they Boko Haram or Fulani Herdsmen terrorists. NOT ALL Muslims or Fulanis are evil. Many of my very good friends are either Muslims or Fulani...or, both! But if a devil is either, please, do not let us seek euphemisms to describe him or her. Nobody, for example, sought our permission to label virtually all criminal actors of the South South as Niger Delta Militants....even as far away as in Arepo, Lagos State. Meanwhile let us not forget that Niger Delta armed agitators, whilst one is not holding brief for them, have NEVER gone about any mass killings. I respect all ethnic groups, but I will NOT call a dog a monkey just to assuage anybody's feelings of guilt by association! Why is the Nigerian military not arresting traditional rulers indiscriminately as they do in the Niger Delta each time there's unrest (sans massacres, take note!) in the South South?! Are there really two Nigeria's?! We ALL in Nigeria have long agreed that the killer herdsmen in question are Fulani. Miyetti Allah and some FGN Officials have only quibbled as to their origination...some claiming they are foreign mercenaries of sorts. Even if these are Lunar Fulani, the reality is that they are carrying out genocidal actions and crimes against humanity, as they horrendously slaughter thousands of non-Fulani Nigerians across the nation, but especially in the Middle Belt. It is clear that the FGN cannot contain these killers. The United Nations (UN), the United States of America (USA), the United Kingdom (UK), the European Union (EU), the African Union (AU), the Economic Community of West African States (ECOWAS) and all others with interests in Nigeria MUST intervene firmly and immediately. And the International Court of Justice (ICC) in the Hague should begin listing both State and non-State actors alleged to have been directly or otherwise involved in the mass murders, mass rapes, widespread arson, massive population displacements plus other terrorist acts that have eliminated tens of thousands of Nigerians within the past few years! May Nigeria not fail as a result of ethnic violence....for the whole will physically feel the negative fallouts from the creation of millions of Nigerian refugees desperately over-running first West and North Africa, then Europe and Northern America!"

Tony Ipiriye Uranta is a pride to the Niger Delta, to the south and indeed to Nigeria and he has hit the nail on the head.

To those that think otherwise and that are still living in denial I say it is time to stop playing politics with this matter and to speak the bitter truth.

I say to hell with your shameless political correctness and I urge you to accept the fact that when genocide, ethnic cleansing and mass murder is taking place it is unacceptable to sell the truth for tiny crumbs and a morsel at the Fulani table or to indulge in childish and petty semantics.

In such situations it is simply inexcusable to employ falsehood and deceit as a weapon of war or to attempt to belittle the challenges with which we are faced.

That challenge is called the 'Fulani herdsmen' and 'Fulani terrorists' and, whether you like it or not, that is precisely what we MUST and we WILL call them.

A few days ago after yet another horrific attack by the Fulani herdsmen on the local Berom comnunity in Jos, Plateau state the identity card of one Zakaria Yau Idris, an officer and member of Miyetti Allah, was found at the blood-soaked scene of the crime and presented to the public by the Nigerian Police.

Do we need to provide any more evidence to prove the fact that these butchers and terrorists are Fulani and nothing else? Even the useful idiots and accursed slaves that live amongst us like Reno Omokri and Tony Momoh would find this hard to dispute.

Yet the truth is that the killer herdsmen are just pawns that are being used by a much more deadly force in a much bigger game with a much wider picture.

They are nothing more than low-ranking footsoldiers that are being funded, fuelled, protected and empowered by a much darker, bigger, more malevolent and more sinister force which owns and controls them.

That force is a tiny group of evil men who David Icke, the British author and international conspiracy theorist, describes as the "hidden hand" that are "controlled by Satan and that lurk in the grey areas".

They are the shape-shifting reptilians and the faceless individuals that live in the shadows and that are at the very pinnacle and highest level of the Fulani ruling class.

They are the ones who own the cows, who arm, employ and protect the herdsmen and who use them to create havoc and clear the way for the implementation of their evil agenda to occupy, subjugate, dominate and conquer every inch of the Nigerian state and enslave the Nigerian people.

This is an ancient agenda and there is nothing new about it. The proud and strong-willed Igbo people of south-eastern Nigeria saw it for what it was years before anyone else and gallantly attempted to resist it, at great cost to themselves.

From 1967 till 1970, under the leadership of Colonel Emeka Odumegwu-Ojukwu, they courageously resisted an attempt to wipe their race off the face of the earth and, till today, they are still paying the price for their defiance, their insistence on freedom and independence and their refusal to bow to those that believe that they were 'born to rule'.

And if anyone still doubts or is confused about precisely what the agenda and objective of our collective oppressors are they should consider the words of the most reverred and most powerful northern leader in Nigerian history and the man that I often describe as Nigeria's second Muslim Mahdi: Sir Ahmadu Bello, the Saurdana of Sokoto and the Premier of the old Northern Region of Nigeria.

On October 12th, 1960 he said the following to Parrot Magazine.

This coming from the same man that had earlier proclaimed that it was his intention to "dip the Koran in the Atlantic ocean" and thereby finish what his great grandfather, Usman Dan Fodio (the first Muslim Mahdi), started and conquer the south.

He failed but the torch and baton have now been passed on to President Muhammadu Buhari who sees himself as the third and last Muslim Mahdi and whose purpose and intention is to perfect that plan and to complete that agenda.

It is therefore clear that our struggle is not just against Buhari but against what he represents: the malevolent intentions, hideous hegemony and relentless impunity of the Fulani ruling class and the barbarity of their murderous footsoldiers known as the Fulani herdsmen.

Sadly they have gone much further than most people think and the challenge is far more pervasive and widespread than many appreciate.

Worst still an innovative, subtle, subterranean, secret and covert strategy has been employed which has resulted in the implementation of a hideous and aggressive form of cultural and religious imperialism which needs to be properly understood and seen to be believed.

Permit me to share an example of that here. It appears that we have an unfolding identity crisis in some parts of Yorubaland. I say this because there is a senior traditional ruler in Iwo, a predominantly Muslim town in Osun state, whose name is Oba Adewale Abdul-Rasheed and whose official title is the Olowu of Iwo.

.
.
After Sa'adu Abubakar, the Sultan of Sokoto (who is the leader of the Caliphate, the head of Jama'atu Nasril Islam (JNI) and the President of the Supreme Council of Islamic Affairs) paid him a visit in 2016, he suddenly changed his manner and ways.

By 2018 he insisted on calling himself an Emir and started speaking, dressing, dancing, talking, praying and behaving like one.

The 12th March 2018 edition of the Daily Trust Newspaper reported as follows:

"The traditional ruler said Iwo was the home of Islamic scholars and that he could be regarded as an Emir.

“When I was made the Oluwo of Iwo, I was turbaned. It is because Iwo is an Islamic ancient town. IIwo was known as ‘Geri Malami', meaning, the home of scholars. So this regalia is appropriate for me as the Oluwo.”

Nothing could be more repugnant, repulsive, frightful and offensive than this. It represents a total betrayal of the Yoruba race and his Iwo people, a desecration of the ancient stool on which he sits and a mockery of the traditional institution and royal throne over which he presides.

Amongst other things he appears to have forgotten that Islam came to Yorubaland 400 years before Usman Dan Fodio and his Fulani people ever set foot in northern Nigeria and unleashed their brutal jihad in 1804.

No Yoruba Oba, whether Muslim or Christian, needs any lessons in Islam or tutorials in rulership from any Fulani Emir.

And neither does he have to convert his community into an appendage and satellite of the Caliphate in order to establish his legitimacy and bona fides as a good Muslim and a good leader or in order to excel and prosper.

Oba Abdul-Rasheed's behaviour is yet another manifestation of the accursed spirit of slavery and a good example of the activities of a useful idiot. It is sad, unacceptable, irresponsible and unfortunate.

The Yoruba were never conquered militarily by the Fulani but look at what the sons and daughters of Futa Jalon are doing to us now!

The truth is that our struggle is not one that is between mere political parties but rather it is an odyssey for truth, fairness, equal rights and justice and a noble quest for liberation and freedom from a tiny group of misguided and cruel foreign overlords who believe that they own our nation and our people.

The Bible says "the tender mercies of the wicked are cruel". This is true. And the long term objectives and hidden intentions of our collective enemies are indeed manifestly cruel and utterly wicked.

As Meg Barnes wrote,
"they want to kill all our men and enslave our women and girls sexually so that in the end there will be no true breed of our race".

That has been their plan since Usman Dan Fodio's jihad in 1804. And it is not as far-fetched as many may think.

.
Many precedents abound: the English attempted to do the same thing to the Scots in the 13th and 14th century until great men like William Wallace and Robert the Bruce rose up, opposed them and defeated them in battle. It is in the same way that the Fulani shall fail because we shall resist them with every fibre of our being and every sinew of our muscle. They would do well not to test our will, tempt our power or stir our fury.

No matter what price we have to pay, how long it takes or what casualties we may be forced to suffer, in the end, we shall prevail because the God of all flesh, the Lord of Hosts and the Ancient of Days is with us and He will never forsake us.

The truth is that not only must we confront and cage the Fulani hegemonists, face them down and bring their killer herdsmen to justice but we must also identify and expose the traitors within our ranks that lick their posteriors and suck their rectums for favour and money and that encourage and applaud them as they subject our people to mass murder, ethnic cleansing and genocide. (CONCLUDED).