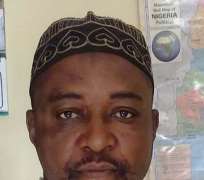 Kari through his company Al-Karim Global Services Limited sometime in 2012 induced the nominal complainant Kawu Muhammad Goroma and purchased for credit roofing woods (Timber woods) worth N1, 164, 600.00 with an agreement that the money will be paid after he had received payment for the contract. However, after receiving payment for the contract and upon several promises, the accused willfully refused to pay the said sum as agreed.

The charge reads, "That you Alhaji Abubakar Muhammad Kari and Al-Karim Global Services Limited sometime in 2012 or thereabout, at Bajoga, Funakaye Local Government Area of Gombe, Gombe State within the Jurisdiction of this Honourable Court, did obtain Property (roofing woods) worth One Million, One Hundred and Sixty Four Thousand, Six Hundred Naira only ( N1, 164, 600.00) from one Kawu Muhammad Goroma, under the false pretence that the said sum will be paid after the contract awarded to you is paid for, which you never did and thereby committed an offence contrary to Section 1 (1)(b) and Punishable under Section 1 (3) of the Advance Fee Fraud and Other Fraud Related Offences Act LFN 2006".

The accused pleaded not guilty to the charge. Consequently, the prosecution counsel Zarami Muhammad asked the court to give him a date for trial. He also requested for the remand of the accused person in prison.

While adjourning the case to 28 March, 2018 Justice Jauro remanded the defendant in Gombe Prison .