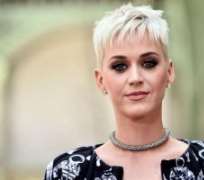 In the midst of a years-long legal battle attempting to prohibit Katy Perry from purchasing a former Catholic convent , one of the nuns involved in the case died while attending a court hearing related to the case.

“Sister Catherine Rose Holzman, IHM passed away suddenly today at the age of 89,” Archbishop José H. Gomez wrote in a statement on her passing obtained by PEOPLE.

“Sister Catherine Rose served the Church with dedication and love for many years and today we remember her life with gratitude. We extend our prayers today to the Immaculate Heart of Mary community and to all her friends and loved ones,” he continued.

Hours before her death, Holzman and Sister Rita Callanan spoke out against Perry to Fox 7, marking the first time the nuns had spoken to the press since 2016, when a Los Angeles judged ruled against the pair — who had attempted to sell the convent to businesswoman Dana Hollister — clearing the way for Perry to purchase the property.

According to ABC 7, the nuns tried to complete the sale without getting approval from the Archbishop, but were then sued by the archdiocese in 2015, igniting the lengthy litigation process.

At the time, the Associated Press reported that Perry reportedly offered $14.5 million for the house, and that the singer's bid was approved by the Los Angeles' archbishop, but was still waiting on approval from the Vatican.

“ Katy Perry, please stop ,” Holzman told Fox 7. “It's not doing anyone any good [and it's] hurting a lot of people.”

In an interview with The Los Angeles Times in 2015, Callanan said that the nuns were against the sale because they didn't approve of the singer's image .

“Well, I found Katy Perry, and I found her videos and if it's all right to say, I wasn't happy with any of it,” she said