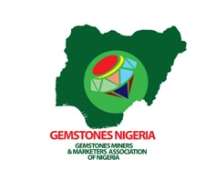 The Gemstones Miners and Marketers Association of Nigeria (GMMAN) has distanced itself from a group claiming new discovery of massive diamonds in parts of the country.

In a statement signed by its National Coordinator, Prof. Adesoji Adesugba which was made available to journalists in Abuja on Saturday, GMMAN said some members of the Public have been asking the association about diamond discoveries in parts of the country.

"Such deposits are not known to us at GMMAN and have not been officially confirmed by the relevant Government agencies.

"We are aware that a group of unscrupulous people have been passing Phenakite for Diamond either due to their lack of knowledge or their deliberate attempts at duping unsuspecting members of the public", Adesugba maintained.

The Association therefore advised its members and the general public to be careful in all their dealings, and to ensure that proper laboratory tests are conducted before dealing in any gemstones from unknown dealers.

"GMMAN shall continue in its efforts to improve the value of Nigeria gemstones in international markets by advocating good ethical conducts in the gemstones business in Nigeria", he reiterated.