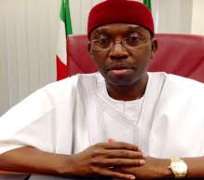 The 7 man Advisory Council on the Prerogative of Mercy headed by Chief Patrick Okpakpor, a former Attorney-General of the State would be visiting the Warri Medium Security Prison, Sapele Prison, Agbor, Ogwashi-Uku and Kwale Prisons as part of its statutory duties and procedure of advising the Governor to exercise his powers of granting pardon to convicts.

A statement released by the Secretary of the Council, Barr. Mrs. Uju Monye, stated that the visit which would commence on Wednesday, 7th March, 2018 from the Okere Prison, Warri was to enable Members of the Advisory Council obtain firsthand information that would assist them to properly advise the governor of the state, Mr Ifeanyi Okowa, in exercise of his powers to grant amnesty.

The statement also stated that the visit would avail them information that would assist the Committee to come up with a template for the rehabilitation of ex-inmates to facilitate their reintegration back to society.

On Friday, 9th March, 2018 the team would visit Kwale Prison while the exercise would be concluded on Monday, March 12th, at the Ogwashi-Uku and Agbor prison.