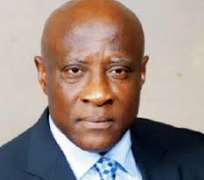 Capt. Emmanuel Iheanacho, Chairman, Integrated Oil and Gas Ltd., has appealed to the Federal Government to provide funding and enabling environment for entrepreneurs to establish modular refineries, to meet the nation’s refining capacity.

Iheanacho, promoter of 20,000 Barrel Per Day (BPD) production capacity of Eko Refinery and Petrochemical, made the appeal in Lagos.

Iheanacho, however, appealed to the Federal Government to come up with a policy framework that will compel financial institutions to make funds available to indigenous players who might intend to build modular refineries.

He says that when the 20,000 bpd refinery comes on stream it will address government’s frequent importation of refined petroleum products into the country.

“Financial support is one major area we need government’s help, if government realises that there is need to have a lot of the small scale refineries to turn around the economy.

“We can now start exporting more refined products than we are currently importing.

“Government should make provision for financing because it is key requirement to do 20,000 barrels per day.

“It requires an investment of millions of dollars. We need government to assist modular refinery operators.

“We are not asking to be given grants and handout but to be assisted in the process of being able to secure financing in major finance institutions,” he said.

Iheanacho also explained that if government could assist the operators to secure finance, it would go a long way to assist them realise some of the benefits that would drive the country’s economic growth.

According to him, his 250 million dollars proposed refinery will be a reference point in Nigeria when completed.

He said the 20,000 refinery was coming at a period when stakeholders had faulted the move by government to co-locate refineries, rather than support holders of modular refinery licences.

According to him, the Tomaro refinery is expected to begin production with Automated Gas Oil (AGO) known as diesel, Dual Purpose Kerosene (DPK), export quality aviation fuel, Naphta and fuel oil.

He explained that the plant would be upgraded to produce Premium Motor Spirit (PMS) also known as petrol, as operations progressed.

According to him, the facility is designed as one-stop shop comprising refinery plant, storage facility, flour mill, ship repair yard, helipad for aviation operations to offshore platforms and resort centres.

He said the project would also create massive employment for the teeming youths of the country.

The Chairman, said that the detailed analysis of supporting technologies and engineering works at its $250 million (about N90 billion) refinery has commenced.

Iheanacho said that the 20,000bpd crude oil refinery project site at the Tomaro Industrial Park and Free Trade Zone in Lagos was designed to boost refining capacity in the country.

He said that the United States Trade Development Agency (USTDA) had provided $797,343 as initial funding for the take-off of the Refinery project for its detailed engineering design.

According to him, the grant is for feasibility studies, supporting technologies and development of an implementation plan for a modular refinery on Tomaro Island in Lagos.

“The USTDA was proud to support this new project, which will lead to infrastructure development and enhance economic growth in Nigeria.

“This project represents an excellent opportunity for U.S. businesses to export technologies and services in support of Nigeria’s refining goals,’’ he said.

Iheanacho, also the chairman, Integrated Oil and Gas Ltd, appealed to the Federal Government to come up with a policy framework that will compel financial institutions to make funds available to indigenous players that intend to build modular refineries.

Ihenacho urged the government to provide the enabling environment for the integrated oil and gas company to achieve its ongoing 20,000 barrels modular refinery target.

The Integrated oil boss said that despite granting licenses to potential investors, several factors have hindered the actual take off of many of such projects.

He lamented that paucity of funds has become a major hindrance to the take off of such projects.

“Local banks are not willing to fund such projects as they express fears about local capacity to manage such projects.

“We have proved to posses the technical competence and engineering capabilities, yet finance is a major problem here.

“We can now start exporting refined products than we are currently importing. Government should make provision for financing because it is a key requirement to do 20,000 barrels per day,” he addded.