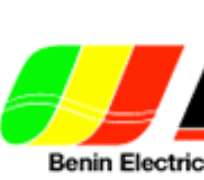 Unless the Delta State government, security agencies takes proactive measure, there is imminent breakdown of law and order in the Core Area of Asaba, the state capital over alleged lawlessness on the part of Benin Electricity Distribution Company (BEDC) and one Mr. Edgar Ernest.

Specifically, landlords of Block VII, Phase V of the Core Area are claiming that the activities of Mr. Edgar Ernest, who is the Delta State Chief Head of BEDC, violate extant laws and directives of Nigeria Electricity Regulatory Commission (NERC).

In a petition to Governor Ifeanyi Okowa, the landlords accused Mr. Edgar of using security operatives to intimidate and harass residents in the area while going about unlawfully disconnecting electricity consumers.

The petition dated February 22, 2018, titled 'Imminent Breakdown of Law and Order in Block VII, Core Area, Asaba: Petition against one Mr. Edgar Ernest and BEDC for their Lawlessness' was made available to our correspondent in Asaba on Sunday.

According to the petition signed by the chairman of the landlord association in the area, Mr. E.W. Ureki and secretary, E.C. Okoro, residents in the area have been pushed to the wall due to the incessant harassment and intimidation by Edgar and BEDC.

The petitioners recalled that on June 8, 2017, BEDC disconnected them from the dedicated Dublina Hotel transformer, in the face of overwhelming evidences that the connection to the transformer was not illegal, and that the subscribers were paying electricity bills regularly.

All pleas, according to them, to make BEDC reconnect the lines fell on deaf ears, hence they approached the Asaba Forum of NERC to seek justice.

The petition stated in its ruling of November 14, 2017, the forum directed BEDC to "reconnect us within 48 hours of service of the ruling, and pay a penalty of N1,000 per day to each of the affected pre-paid metered customers. The copies of the ruling were served on BEDC on November 17 by the Asaba forum. Mr. Edgar Ernest was also served the same day”.

It added that rather than comply with the ruling, BEDC and its officials have been going about the area with truck load of armed security operatives to harass and intimidate residents on a regular basis.

The petition stated that the "development without doubt might ignite a crisis in our peaceful community. As we speak, some younger residents in our area have threatened to confront Mr. Edgar Ernest any day they see him in the area with armed men”

It further alleged that Mr. Edgar and BEDC have become "terrors in not only Asaba but also in the entire Delta, their disobedience of the three rulings of Asaba forum on our re-connection constitutes a gross violation of Section 63(1) of the Electricity Power Sector Reform 2005, and Conditions 4, and 50 of Electricity Distribution License Terms and Conditions, which stipulate that all Discos are obligated to implement decisions of the forum on electricity customers issues and obey directives within the time specified in the decisions or directives of the commission”.

The landlords therefore appealed to Governor Okowa to call BEDC and Mr. Edgar to order by prevailing on him to comply with the ruling of Asaba forum and the directive of NERC, Abuja to re-connect "our lines and pay us compensation from June 8, 2017”.