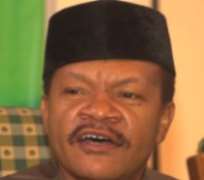 The antics of a lying, clannish and dense regime rooted in propaganda is busted by amongst others factors, the following: Boko Haram abductions of ore school girls in Dapchi; the daily revelation of large-scale corrupt practices by high officers of the junta; and the hunger decimating the Nigerian population; and several others minuses Nigeria and Nigerians are now saddled with under a government that had sailed into power on the wings of the perceived ‘uprightness’ and ‘integrity’ imbued in the person of the President of the country.

Mr. Mohammadu Buhari, your incompetence, inefficiency, cluelessness, nepotistic tendencies, lies, extremist religious views and general unfitness to preside over a multi-religious, multi-ethnic contraption is tearing Nigeria further and further apart – most will agree the contraption is now dangerously tilting over the edge at a precipice. For quite awhile, discerning observers have become aware that the current Nigerian government is propped up by a well oiled propaganda machinery, draconian threats and acts of intimidation akin to what transpired during the military era. There is however a limit to which propaganda, threats and intimidation can be used as cardinal pedestals upon which a territory can be governed.

General Muhammadu Buhari, Sir, with all due respects, you are humbly urged to make one sacrifice for the benefit of Nigerians: Resign! Go and rest!! Go and enjoy your retirement!!!