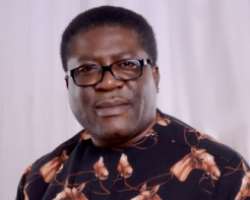 Shortly after the open endorsement of his son in-law and Chief of Staff, Chief Uche Nwosu by the Imo State Governor, Rochas Okorocha as his successor, strong moves have been initiated to impeach the Deputy Governor, Prince Eze Madumere, who is seen as the main opposition to the governor’s plan to install Nwosu who is also from his Orlu Senatorial zone.

Investigations revealed that the wife of the Governor, Nneoma Rochas Okorocha, Nwosu, who had been reported to have received “induced” endorsements across the state, especially from unemployed youths, are alleged to be behind the plot that has reached an advanced stage.

According to reliable sources, the governor’s wife and other collaborators in the plot to make Nwosu the next governor of the state come 2019 at all cost, perceived the Deputy Governor as the major obstacle.

According to the source, Mrs Okorocha's grouse against Madumere is not unconnected with his popularity, which is said to be giving Governor Okorocha sleepless nights.

It was said that the pressure on the Governor coming from various quarters including powerful people from within and outside the State insisting that right thing be done may have influenced the decision by the wife of the governor, her son-in-law to resort to impeachment move. This move according to the source is considered an only module to pave way to hatching out plan to foisting Okorocha's daughter's hubby on Imo people as Governor after his tenure.

Meanwhile, an Owerri based local tabloid, Trumpeta, yesterday broke the news over the impeachment plot against Madumere even though it did not mention those behind it. Most of the nocturnal meetings to perfect the plot were held inside Government House where the following were involved: The wife of the Governor, Mrs. Nkechi Rochas Okorocha, Chief of Staff, Uche Nwosu, member representing Owerri Municipal in Imo State House of Assembly, Hon. Lugard Osuji and Commissioner for Finance, Hon. Obinna Mbata among others.

The State Ministry of Finance is said to have been given a marching order to mop up huge fund to lobby members of the House of Assembly.

It was also uncovered that a serving Commissioner, is to liase with a member of the House of Assembly from Owerri zone, who is serving as a liaison between the state government and the lawmakers.

The source further disclosed that the Lawmaker from Owerri zone, where the Deputy Governor is also from, has been promised the position of Speaker and automatic ticket for him and other Lawmakers who are involved in the plot.

It was also alleged that Chief Nwosu, has promised to allocate landed property to those who will sign for the impeachment.

However when contacted, the Chief Press Secretary to the Deputy Governor, Mr.Uche Onwuchekwa, dismissed it as mere ruse intended to heat up the polity for mischievous reasons.

He however confirmed that the the Office of the Deputy Governor has been inundated with calls from across the state and beyond concerning purported impeachment.

Onwuchekwa further noted that "even though the issue is still regarded as mere rumour, but let it be known that any such scheme will be counterproductive and an ill wind that will blow no one any good”.

He also described the said impeachment plot as the “handiwork of detractors and those who are daily intimidated by the growing popularity and acceptability of the Deputy Governor across the state”.

Meanwhile, it was gathered that the massive Solidarity March involving over 3000 Imolites from different pressure groups in support of Madumere’s governorship ambition, may have infuriated the first family, who saw it as an affront against their wishes to install their son-in-law (Nwosu) as the next governor come 2019.