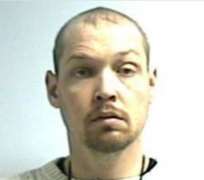 A petition to remove an Oklahoma judge who sentenced a convicted child rapist to 15 years of probation is gaining serious momentum online .

Benjamin Lawrence Petty, 36, was recently handed the lenient sentence by Judge Wallace Coppedge for a crime he committed while working as a cook at Falls Creek church camp in June 2016.

Petty, who is blind, allegedly told his 13-year-old victim that he wanted to show her a new type of device he brought to the camp to lure the young girl into his cabin.

Petty then “closed the door to his bedroom, tied [the victim’s] hands behind her back, pulled down her jeans, pushed her face down on his bed, and violently raped and sodomized her,” court records show.

Petty was arrested following the attack and charged with forcible sodomy, first-degree rape and rape by instrumentation, all three of which he pleaded guilty to in January 2018.

Despite the guilty plea, Judge Coppedge sentenced Petty to just 15 years probation, partially due to his physical disability .

While Petty will have to wear a GPS ankle monitor for two years and register as an aggravated sex offender, he won't serve any time behind bars for his crime unless he violates that probation, a sentence which has sparked  outrage .

In response to the case, Julie Mastrine, a Care2 spokesperson, said her team decided to start a petition to have Judge Coppedge removed from his bench.

“This was one of those kinds of outrageous stories where we thought people are clearly angry about this, so we should get a petition out,” Mastrine told KFOR . “It really just shows you that people all over the world want to see justice. Even if it's not an issue that's directly tied to their community, they still have big hearts.”

However, legal expert Joi Miskel told  KFOR  that takes much more than a widely-supported petition to get a judge ousted from his bench.

“It's all well and good to file a petition online to get kind of, get some movement going,” Miskel told the station. “It’s not that easy just to snap your fingers and remove a judge. There’s a lot more to it.”

Miskel said that in order to get a judge removed, a complaint has to be filed with the state’s council on judicial complaints. From there, an investigator will look into the claims and proceed to make recommendations to several different entities, including the state’s Supreme Court.

While Miskel said that she does not personally agree with the sentence, she said it’s rare for a judge to go against a plea deal when all parties are in agreement.

“In a sense, he was just doing his job,” she sad. “He was going along with what the state and defense agreed upon. However, I think people are upset about the sentence itself. And, he didn’t determine that sentence. That was the state of Oklahoma.”