Nigerian tertiary institutions and the non-publicity of their achievements 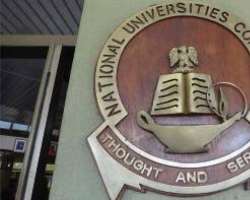 A few days back, I was at a meet-up. One of the attendees would later identify himself as a student at the Federal University of Technology, Owerri (FUTO). With that, I congratulated him and his university on their recent feat as being the best rated in Open Education Resources (OER) in Nigeria. He was obviously getting to hear that for the first time. It took some explanation for him to understand what that meant.

The OERs, according to the United Nations Educational, Scientific and Cultural Organisation (UNESCO) are any type of educational materials that are in the public domain or introduced with an open license. The nature of these open materials means that anyone can legally and freely copy, use, adapt and re-share them. Textbooks, curricula, syllabi, lecture notes, assignments, tests, projects, audio, video and animation all constitute OERs.

Over the years, Nigeria (and by extension, the whole of West Africa) has never been on the global OER map. It was in August, 2017 that the National Universities Commission (NUC) under its incumbent leadership announced and invited Nigerian universities to partake in its maiden OER ranking.

In what the NUC tagged Nigerian University System Open Education Resources (NUSOER), it was to serve as a repository for all open education resources held by all universities in Nigeria. Fifty universities across generations and types of ownership were ranked in the inaugural phase of the project. You can read further about the ranking .

When the fellow learnt that his university was ranked first, he asked me if I meant that the school ranked above the University of Lagos (UNILAG) and the University of Nigeria Nnsuka. It took him by surprise. I'm not surprise at his surprise. It's as a result of the non-publicity of the feat by the communications officials at FUTO.

A visit to the FUTO website at the time indicated that only admission information and academic calendar is posted regularly. Such a feat didn't worth being posted. By the way, UNILAG which ranked fourth on the list celebrated this by touting itself as the first among First Generation universities in the NUC OER ranking.

The last time the handlers of the FUTO Twitter handle deemed it necessary to tweet was in October, 2012. The last post on the university's Facebook page was in November, 2017. Does that mean that there have been no development in the university for public consumption since then?

That university is not alone in that. Many of our tertiary institutions have selling points which are less publicised. Students, academics and alumni members are achieving great things, which are not being fully publicised to boost the image of their institutions. Recent news about some institutions is limited to students or staff who committed some crime. This shouldn't be so.

Our universities can attract more student admission, local and international partnerships for development by the hype the owners give the activities of their products. Some people are being paid for this among the university staff. They need to rise to this responsibility of theirs.

There are, of course, universities that celebrate every feat achieved by their products. It doesn't end in just the person celebrating such on his/her own. The Vice Chancellor would congratulate the achiever and would ensure that such feats are given the appropriate publicity. Such would not only be in the news but also on the university's website and social media channels. When such universities hold convocation ceremonies or anniversaries, such achievements would be mentioned.

A university like Crescent University, Abeokuta would go as far as congratulating its products in advertorials on the pages of newspapers for winning awards. In the process, it would invite parents to register their wards as students in the school. Covenant University, Ota would display the research efforts of its academics on its webpage as visitors check on the university's website. UNILAG will always have a lot of things to list as achievement based on the efforts of faculty members and students at every convocation. These are because their managers care about projecting the schools.

Another notable mention is the Lagos State University (LASU), an institution with a battered image a few years ago. Issues of cultism and civil unrest used to be alternative keywords in describing that university at some time in the past. Since a new leadership came on board, much of that as changed.

The Yoruba would say that "You describe yourself by what's good". This and, perhaps, actions of the Vice Chancellor, Professor Olanrewaju Fagbohun had so far rebranded the school. Beyond the reformed relationship between management, staff and students of the institution, every good that a product of the university attains is celebrated as a victory for the school. The VC would always address students as "our world class students". The slogan "We are LASU, we are proud" and others became resonating there as the management changed public perception about the school with decisive action.

Other tertiary institutions can take a cue from these. The public relations personnel of our schools should always track and project the successes of their products. Just like the Nigerian government is always rebranding, many of our schools need to rebrand too. You would see headlines about Nigerians doing great elsewhere. It wouldn't be bad if the media departments of these schools link these Nigerians' achievement to their alma mata back home, where applicable.

Our tertiary institutions' websites should be regularly updated with more information showcasing the achievements of faculty, student and alumni members. Activeness on the social media is also necessary for our schools in this digital age. Communication should go beyond the physical meetings to the virtual versions. Our schools in Nigeria are not the best but we can make the best out of them by how we project them.

Abdussalam Amoo is passionate about education. He blogs at EduCeleb.com.