My govt will no longer tolerate wanton killings, kidnapping: Buhari 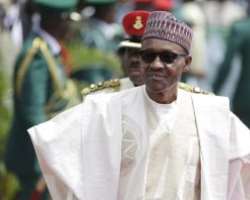 PRESIDENT Muhammadu Buhari on Tuesday warned that his government would no longer tolerate wanton killings and kidnapping by hoodlums.

President Buhari also vowed that those involved in the murder of innocent persons would be made to face the wrath of the law.

He explained that the rise in the level of violent crimes across Nigeria was having a negative impact on national development.

The President, who spoke in Port Harcourt while declaring open the 9th General Assembly of the National Council of Traditional Rulers of Nigeria, said he was saddened by the killings in Nigeria.

The theme of the event is, 'Community policing as a catalyst to crime prevention: The role of traditional rulers.'

Represented by the Minister of Interior, Abduraham Dambazau, the President said, “I am very worried and saddened about the persistent killings and kidnappings happening in our country, especially the wastage of innocent lives in different parts of the country by whatever means it is done, particularly in Benue State.

“I have therefore directed that no effort should be spared in identifying and bringing to justice all those that are carrying out the acts.

“I have therefore directed the Chief of Army Staff to relocate to the North East to ensure that the activities of Boko Haram are stopped.” – Punch