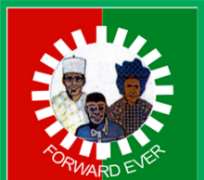 The crisis rocking the Delta State Labour Party (LP), took a new twist Friday, when both factional chairmen threatened to pour out their Venom on each unless one shift ground for the other.

Both sectarian chairmen who address the press over the lingering rancor said they would never cross each other’s path as the problem has broken what one could describe as “childhood friends”.

Mr Emeka Nkwoala, said if the other separatist continue to perpetrate himself in office as the authentic chairman of the party in the state he would be arrested and shown the way out.

According to him, “the former chairman, Chief Tony Ezeagwu wrote petition to DSS, Commissioner of Police, INEC and DSIEC that he still remains the chairman that we should be prevented from parading ourselves. In fact, he even said they should get us arrested but when DSS, Police Commissioner got our letter, they said this letter supersedes – because this is from Abuja. So, we continue to operate but he continued to illegally also operate in the defunct state secretariat”.

Nkwoala noted that when Ezeagwu discovered that his time was up, “he now have to go and approach the state High Court in Kwale, asking the court to declare his removal illegal, to tell the court to restrain us from parading ourselves as state officers of the party”, disclosing that “we have also raised our team of lawyers to oppose his prayers in court”.

He noted that the brief was to update the press, party members and the general public including intending members so that they are properly guided, “that he is no longer the state chairman of Labour Party, if he continues to operate in that illegal office, he is doing that illegally because as we speak now, he is in court challenging his removal and until the court makes pronouncement for or against he cannot claim to be the chairman”.

He noted that since he (Ezeagwu) is the claimant he should wait still the court makes pronouncement “and until the court makes pronouncement he cannot claim to be chairman of Labour Party”, even as he pointed out that Ezeagwu’s prayers to the court were not granted, “because we opposed those prayers because we are duly appointed by the National headquarter of the party and that the organ that appointed us is the highest decision making organ of Labour Party”.

Said he, “if you don’t explore the internal mechanism to the fullest and you rushed to the court then, you are asking that they expel you completely and you will agree with me that he was never a party man”, stressing that Ezeagwu’s tenure expired September 2017 as the state operates three years tenure.

He regretted shifting ground for Ezeagwu, when DPP approached him for merger, “there is no sacrifice that is so great to deliver our people from the shackles of misrule and poor governance. So, if in itself is a mistake, then, I take it”.

On the allegation of receiving monies running into millions of naira from political big weights in the party to tear the party apart, he said, “you and I knows better who is the political jobber, I am not one, I have my job. I am a global citizen, I just returned from US, so, I am not a local champion at all in any way but he is, very parochial and self-centered. He can play the sentiment thing but the people are wiser. Ogboru is honourable but Ezeagwu is dishonourable”, he added.

In a swift reaction to Nkwoala press briefing, Chief Tony Ezeagwu, said, “by the constitution of Labour Party, you don’t remove a state chairman in National Convention, if any. There must be committee set up to even try the state chairman”.

He maintained that they have no local standi to remove him at their “kangaroo convention”, insisting that that is not LP National Convention.

He noted that the congress that brought him to power was conducted in November 24 2015 with the 2014 constitution of the party, “it is expected that my tenure will expire on 24 November this year”, Emeka is parading the 2009 constitution but let us leave constitution out of it, the issue is not even the constitution”.

He reiterated that the party is been ruled by A.A Salam and not Mike Omotosho, stressing that he would stand suspension if he fails to explore the internal mechanisms in the party before going to court to seek redress, “but the body that is doing this, is not legitimate. Emeka has been suspended from Labour Party, Emeka is not a member of Labour Party, there have never been any forum where he was called back to the party”, he added.

Meanwhile, in suit No. HCK/86/2017, a Delta State High Court sitting in Kwale, presided over by Justice V.I. Ofesi Judge, restrained the faction led by Emeka Nkwoala, from parading themselves as state officers in Delta State.