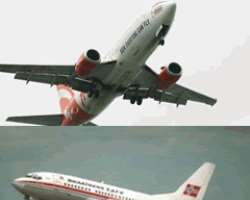 The Federal Government has finally dashed the hopes of those lobbying for the survival and final execution of the controversial N63.8 billion contract for the second runway of the Nnamdi Azikiwe International Airport (NAIA) as it has terminated the contract awarded to Julius Berger Nigeria Plc in February this year.

The House of Representatives had on March 3, 2010, passed a resolution, calling for the suspension of the project after its Committee on Aviation, headed by Mr Bethel Amadi, investigated the contract and submitted that it was bloated and insulated from due process.

A source from the Aviation Ministry, who informed Daily Sun of the termination of the project, said the government is yet to indicate its next line of action as regards having a second runway for the NAIA.

However, the termination of the controversial contract was contained in a letter dated June 1, 2010, written to the managing director of Julius Berger Nigeria Plc (JBN) by the Managing Director of the Federal Airports Authority of Nigeria (FAAN), Richard Aisuebeogun.

At the peak of the investigation of the contract, the House Committee on Aviation organized a public hearing in Abuja on the matter where all parties involved in the award and execution of the contract were invited to explain how they arrived at the shocking N63.8 billion, when airports with runways had been built in Nigeria and overseas with far less budget. The committee in its report highlighted, among other things, that the contract process was faulty as it was hurriedly packaged and awarded to Julius Berger Nigeria Plc, a development that shows the deal was far from being transparent.

Barely four days after the committee submitted its report on the floor of the House, the government's Presidential Assessment Committee was said to have looked into the matter and in its interim reports, recommended a reduction of the contract cost from N63.8 billion to N49.6 billion.

'We, therefore, wonder how a further price reduction would cure these fundamental breaches of the Public Procurement Act. It's indeed a sad development for the growth of democratic norms and values whereby it is expected that the various arms of government would show due respect to each other and work in harmony to ensure good governance.

We are concerned that the contractor has to date given a total discount of about N31billion since its initial bid, which was more than the N30.2 billion quoted by the lowest evaluated responsive bidder during the initial bid evaluation.' Already, stakeholders in the aviation sector had described the termination of the contract as a good development for the industry, stressing that it would discourage people from using the sector as a drainpipe to enrich themselves while the industry suffers perennial infrastructural decay.