Alscon: Appeals Court Rebukes Fg And Uc Rusal For Deceit And Not Obeying The Supreme Court Judgment In Favor Of Bfi Group 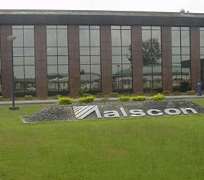 1) Yesterday, the Court of Appeal in Abuja scolded the FG and UC Rusal for attempting to deceive the Court on BFIGroup’s efforts to enforce the Nigerian Supreme Court’s judgment over ALSCON. In a hearing on UC Rusal’s injunction to preclude the Bureau of Public Enterprises handover of ALSCON to BFIGroup, the Court chastised UC Rusal for initially requesting the injunction in 2015, and the BPE’s support of the application, and for not seeking to have this extraordinary issue speedily heard on its merits.

2) In a further act of humiliation, after being informed about the FG’s effort to renew a Share Purchase Agreement with UC Rusal, the Court removed the injunction that precluded the enforcement of the Supreme Court’s ruling, in its totality. In its’ ruling, the Court directly noted

“the behavior exhibited so far is tantamount to a calculated attempt to waste the time of the Court and to continue to frustrate a specific and clear Order of the Supreme Court to execute its judgment. We cannot allow that.”

3) Commenting on this latest development, BFIGroup’s CEO, Dr. Reuben Jaja, applauded the Court’s actions and emphasized that the legal status of BFIGroup as the Preferred Bidder/Core Investor of ALSCON following the extant and subsisting Judgment of the Supreme Court as the highest Court in Nigeria cannot be wished away by the BPE or any other person, including the Honourable Minister for Mines and Steel Development nor UC Rusal. He then asked, how can a Minister of the Federal Republic of Nigeria supervise the signing or renewal of an SPA voided by the Supreme Court of Nigeria? This blatant disregard of the rule of law for whatever consideration by the Minister, and his foreign conspirators, must be investigated.

4) Certainly, the Minister acted in bad faith, particularly as these actions were taken a day before the above appellate court hearing. Regrettably, such an act is consistent with the Minister’s disregard for the truth.

5) In his past statements, the Minister noted that BFIGroup was provided with an SPA in August 2017, but refused to sign. However, the Minister fails to recall that BFIGroup asked, among other things, that the SPA require the dismissal of all appeals and the removal of all injunctions, specifically the injunction obtained by UC Rusal that prevented ALSCON’s handover, and that this request was refused. Accordingly, with this refusal, until the Court of Appeals removal of the injunction yesterday, BFIGroup was prevented by law from signing a binding SPA.

6) These acts of the Minister that amount to a desperate and fraudulent conspiracy to undermine, frustrate and ridicule the judgement of the Apex court are mind bogging.

7) We further believe the Minister, and his collaborators, dangerously misled the Presidency, particularly the Vice President as Chairman of the NCP, starting from his first visit to ALSCON and the contemptuous comments of assuring UC RUSAL of the FG commitment to free ALSCON of any encumbrances regardless of the ever present Supreme Court ruling.

On July 6, 2012, the Supreme Court of Nigeria clearly, concisely and definitively issued a judgment in the case entitled BFI Group Corporation v. Bureau of Public Enterprises, Case No. SC. 12/2008, wherein the Court granted all of BFIGroups’ claims, stated that the case was “meritorious in the extreme,” and held that BFIGroup had a binding contract with the Nigerian government for the purchase of ALSCON. Moreover, the Supreme Court issued “an order of perpetual injunction . . . restraining [the BPE], its servants, agent privies, management or howsoever called from inviting any further bidding for the sale and acquisition of ALSCON in violation of the contract between the Plaintiff (BFIGroup) and the Defendant (BPE) and from negotiating to sell, selling, transferring or otherwise handing over ALSCON to any person or persons in violation of the contract between the Plaintiff and the Defendant.”

This Supreme Court judgment effectively, nullified any agreement UC Rusal had with the Federal Government of Nigeria regarding ALSCON.

Following this decision, the BPE first presented BFIGroup with a proposed SPA on October 8, 2012. On October 24, 2012, BFIGroup promptly returned to the BPE a revised version of the Sale Share Purchase Agreement and requested the scheduling of an immediate meeting to discuss this agreement, in an effort to demonstrate its good faith in expediently concluding the transaction. On February 13, 2013, BFIGroup presented the BPE with its fully signed SPA.

Regrettably, the BPE refused to countersign the agreement. Thus, BFIGroup filed an enforcement action in the Federal High Court of Abuja. On September 30, 2014, then Judge Abdukadir Abdu-Kafarati (now Justice Abdu-Kafarati of the Nigerian Supreme Court) Ordered the BPE to “fully enforce and give effect to the meaning and intendment of the Judgment of the Supreme Court dated 6th July 2012 by signing and executing forthwith the [February 13, 2013] mutually agreed Share Purchase Agreement.” The Court further compelled and mandated that the BPE “forthwith take full control and possession of ALSCON from anybody including UC Rusal et al. and prepare same for handover/transfer to [BFIGroup].”

On October 20, 2014, UC Rusal proceeded to file a separate action in the Federal High Court of Uyo asking the Court to intervene and restrain the BPE from carrying out the Orders of the Supreme Court and the Federal High Court of Abuja. On November 10, 2016, Justice Ijeoma L. Ojukwu of this High Court dismissed the claim and held that “From where I sit/stand, the above judgment of the Supreme Court is clear and unequivocal and leaves no room for speculation.” The Court further noted that UC Rusal’s questioning of the Supreme Court decision was “unimaginable” and that its’ efforts to continue to upend the decision made it nothing more than a “busy body”.

Now, rather than complying with the judgments of three (3) separate courts, including one from the highest Court of the land, the Minister continues to try and circumvent the rule of law, pervert justice, and trample on the backs of the people of Nigeria by dishonestly proclaiming to have resolved BFIGroup’s dispute with the FG and by collaborating with a company that has done nothing but let ALSCON twist in the wind.

BFIGroup HAS NOT approved of nor accepted any out of court settlement with the FG or BPE over ALSCON, and the Minister of Mines and Steel Development has not mediated any resolution. Any statement to the contrary is folly, and subjects its’ maker to legal process. BFIGroup further calls for the immediate compliance of the valid and subsisting decisions of the Court and the discontinuance of untruthful statements about our company. If such actions continue, we will be left with no alternatives but to seek the full benefit and protection of the law and due process.