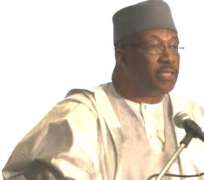 The news report emanating from a national daily and published by some social media outfits insinuating that the Honourable Minister of Interior, retired Lieutenant General Abdulrahman Dambazau has been appointed as the head of Security Committee in the planned visit of Senator Rabiu Kwankwaso to Kano State on the 30th of this month is a product of outright misinformation, mischief making and irresponsible journalism.

Let it be clearly stated that General Dambazau is a law abiding Minister of the Federal Republic of Nigeria and by the nature of the Oath of Office he took to render unreserved services to the country, he is not permitted to engage in any socio-political activity or engagement outside the purview of the Ministry assigned to him by President Muhammadu Buhari.

Where the Executive Governor of Kano State who is also the Chief Security Officer of the state has scheduled January 30th for similar activity in the state, it will amount to unnecessarily overstressing the capacity of the security agencies in the state should another political activity or engagement be fixed on the same date.

Therefore, dropping the name of the Honourable Minister of Interior who is the administrative head of all the internal security agencies in the country in an activity not connected to the established rules of the ministry is unwarranted, outrageous and unacceptable.

The Minister cannot and will never be part of any activity capable of breeding crisis or breaking law and order in any part of the country let alone participating in a crisis-prone activity in Kano State.

While members of the public are advised to ignore the story, the editorial members of the newspaper are challenged to redeem their image by apologizing to the Minister and members of the reading public for deliberate misinformation which is contrary to the motor of their newspaper which says 'Trust is a burden.'