The New wave of entrepreneurship in Africa

By Oluseyi Tiamiyu and Stephanie Okafor 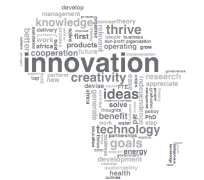 Africa is a continent of diversity rooted in countless shades of culture and tradition, endowed with
resources as far as the mind can imagine both in man and material. Sadly, both have not yet been
put to effective use.

Africa has been called so many names, borne so many titles and is downgraded by the rest of the
world. For many years, we have been called 'The dark continent', 'capital of the third world',
'cynosure of underdevelopment'. Unconsciously, Africans have accepted these titles and lived
with them. However at the dawn of the information age, thousands of its inhabitants beg to differ,
they have (in diverse ways) seized the opportunity to correct the false notion.

In simple terms, Africa faces colossal population dilemma. There's nothing wrong with about
having a huge population. In a society like China this has been harnessed and put to use. However
in Africa, man power is often left unattended. Thus, we have millions of idle people on the streets
that depend on fate and the government for their survival. The unemployment rate is abysmal. The
Africa Center for Economic Transformation (ACET) reports that 'about 50% of graduates are
regularly unemployed because of the lack of availability of jobs.' Unemployment and
underemployment pose the greatest threats to Africa's development today. With idle youths
parading, there is an inevitable increase in crime rate which indirectly provides a platform for
terrorism as an avenue to vent grievances.

The only viable solution to this problem is entrepreneurship. Merriam Webster dictionary defines
an entrepreneur as a person who organizes, manages and assumes the risks of a business, (in other
words a self-employed person). The only way Africa can break away from the shackles of poverty
is to promote the practice of entrepreneurship. We must emphasize the need for self-employment
and independence from the government's welfare for survival.
How fast is entrepreneurship growing?

Travelling from Nigeria's buzzing commercial hub, Lagos, to the rising city,Kigali then, to the
city that never sleeps, Nairobi. It is only visible that the wave of entrepreneurship is rising in
Africa. Local technology incubation hubs are reshaping the once dark continent.
In his article, Why African entrepreneurship is booming, Ndubuisi Ekekwe recounts 'Last month,
I visited my village, Ovim in southeastern Nigeria. I met a painter who also manufactures the paint
he uses for his work. According to him, his business nearly collapsed early in the year when he
could not access the foreign exchange market to import the raw materials required for paint
production. At that time, the Nigerian Central Bank was running a currency control regime which
stifled the importation of goods for small businesses. But despite these challenges, the painter came
up with new ideas to keep his business going. He created a new type of paint from non-toxic
materials, using materials sources locally. The new paint has no smell and dries within minutes of
application. I was impressed.'

Creating a niche for herself is Teta Isibo, a Rwandan fashion entrepreneur and founder Inzuki
designs that specializes in jewellery and home decor that fuses Rwandan traditional craftsmanship
and global contemporary design. Teta says, 'The whole essence of our business is the fusion of
Rwandan traditional and global contemporary, and the traditional comes from the skills of local
artisans.' Teta has been featured on many international platforms including Forbes.

Uganda, Paul Isaac Musasizi is the CEO of tech company Kiira Motors Corporation and the brains
behind Africa's first solar-powered electric bus. The 35-seater 'Kayoola' as is called runs on two
batteries, one that is powered by solar and an electric one to drive passengers at night. The solarpowered
bus is an indigenous solution to unemployment and the transportation problem in Africa.
It also supports the climate change action initiative by the United Nations. In an interview,
Musasizi explains that 'no other country manufacturing vehicles are on the equator like Uganda.
We should celebrate that and make a business of it.'

Similarly, Issam Dami is the founder of Lagare.ma. Lagare.ma is Morocco's first electronic bus
station which allows people book bus tickets online instead of standing in queues. The transport
app is available in 10 languages and serves more than 25,000 frequent customers.
How entrepreneurship can grow an economy

The International Monetary Fund (IMF) and the World Bank suggest that the establishment of
small and medium enterprises (SME's) and the success of entrepreneurship in the third world is
the solution to many socio-economic problems. On one hand, entrepreneurship provides economic
growth by, galvanizing employment opportunities, on the other hand it aids in poverty alleviation
which ultimately leads to economic independence. When people are encouraged to own businesses
and provide services, the society would be radically transformed. History is replete with stories of
how the strongest and richest empires- Timbuktu, Kanem-Borno were those built on trade.
What is the government doing to help entrepreneurs?

Meanwhile, as a means of stimulating Nigeria's economy, Vice-President Prof. Yemi Osinbajo
flagged off the Aso-Villa Demo Day. It was a Presidential initiative to deploy solutions for
Nigeria's social and economic development.

The Emerging Tourism Industry
Every country in Africa has a number of tourist attractions both natural and man-made. From the
Kilimanjaro to Victoria Falls, the Serengeti plains to the Sphinx of Giza, the Okavango Delta to
the Valley of Kings all these sites display the wonders of the African continent. Africa's rich and
cultural heritage can be strategically repositioned to encourage entrepreneurs to leverage on the
tourism industry. In 2015, Wikipedia (Free Encyclopedia) reports that 'South Africa grossed $35
billion, Morocco $34 billion, Namibia $33.80 billion, Kenya $32 billion, Tunisia $31.80 billion.
As such, states urgently need to concentrate efforts to grow this emerging industry.

What more needs to be done to improve entrepreneurial activities on the continent?
The potentials and opportunities in the emerging field of entrepreneurship are abundant. In
boosting entrepreneurship, the public and private sectors must liaise. The biggest contributions
African governments can make in ensuring a conducive business environment. Therefore efforts
must be intensified to ensuring constant power supply, constructing new roads and maintaining
existing ones as well as ensuring the ease of doing business by adopting flexible local policies that
support access to financial and mentorship opportunities.

The private sector should take a proactive role in addressing the structural changes to enhancing
business services and providing opportunities for innovation and competition. Further, by adapting
to new and emerging technologies it can provide a veritable platform to impact growth and
productivity. As the continent presents opportunities for sustainable growth, a public-private
initiative should drive transformation.