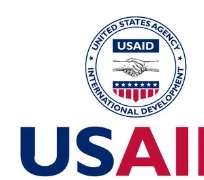 Governor Kashim Shettima if Borno State has commended the USAID-ECR and AMCON for implementing the ECR projects successfully in the state.

The Asset Management Corporation of Nigeria (AMCON) at the weekend received yet another award in Maiduguri, the Borno State capital from USAID-Nigeria Education Crisis Response Project.

The event was the Close-Out-Ceremony of the programme jointly organised by the Ministries of Education in Adamawa, Bauchi, Borno, Gombe and Yobe States in collaboration with USAID- Nigeria Education Crisis Response Project at the Government House, Maiduguri.

A citation read on behalf of the organisers at the event, which was chaired by the Deputy Governor of Borno State, Usman Mamman Durkwa stated that AMCON was selected for the award in recognition of its contribution to the educational development and wellbeing of out-of-school internally displaced and host community children in Adamawa, Borno and Yobe States under the auspices of the USAID-funded Nigeria Education Crisis Response project 2014 – 2018.

The Deputy Governor, who stood in for the Governor, Kashim Shettima at the event thanked AMCON and other individuals and organisations that received awards at the close-out-ceremony for coming to the aid of the governments and people in the affected states in the northeast, especially Borno State, where he disclosed that he incidentally flagged-off the programme when the American agency kick started the project.

It will be recalled that AMCON last year showed heavy support to some affected children and families that were traumatised and destabilised by the mindless insurgence in the northeast, where violent attacks by extremists forced more than 2.2 million people to flee their homes including over one million children who are presently out of school.

AMCON donated scholastic materials to mainstreamed learners and parents caregivers; starter packs for small scale businesses as well as food items such as rice, beans, semovita, groundnut oil, cooking utensils and salt, among others to the families of Internally Displaced Persons (IDPs) in the northeast.

Between the months of November and December, the donated items were duly distributed to the beneficiaries by a team from USAID-Nigeria Education Crisis Response (USAID-ECR) led by its Project Director, Ayo Oladini. The distribution activities were closely supervised by officials of AMCON who irrespective of the dangers in the affected states traversed the length and breadth of the affected states to ensure that the items got to all the beneficiaries.

The organisers stated that such rare commitment AMCON showed to the whole project as well as the human and material resources they committed to the distribution exercise against all odds prompted the organisers to recognise AMCON as a dependable partners and supporter at the close-out-ceremony that was attended by the Education Commissioners from the affected states as well as the top echelon of Creative Associates International USA including Earl Gast, Senior Vice President; Semere Solomon, Senior Director; Susan Ayari, Senior Associate; Jake Thomsen, Technical Manager, and Nafisa Ado, the Regional Coordinator, Department of International Development, UKAID and a host of others.

AMCON earlier donated relief materials to IDPs in some affected northeastern states in the course of the programme.