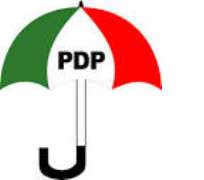 Contrary to some media reports since Sunday night, the State secretariat of the Peoples Democratic Party, PDP in Borno is intact as it was neither demolished nor has anything been tempered with, youth leader of the PDP for Borno Central, Umar Sanda said on Monday.

Sanda, who represented Maiduguri Metropolitan Council as member of the State PDP caretaker committee before the party became factionalized, said the clarification became necessary in view of misleading reports that is capable of destabilizing the peace in Maiduguri.

He told journalists that: “I have been receiving calls from some of our PDP members in local government areas within Borno State, and some members outside the State, asking me whether it was true that the PDP state secretariat in Maiduguri has been demolished.

“As early as 7am, I rushed to our State secretariat located in Wulari, off Sir Kashim Ibrahim way, around the old UTC which everyone knows to be our State headquarters in Maiduguri within the last fifteen years, and I saw it intact.

“In fact, I took pictures of the headquarters for anyone to see. To the best of our knowledge, no PDP building has been demolished by anyone, not even any land was revoked. We do not know about the existence of any other PDP State secretariat apart from the one everyone knows around the UTC.”

He noted that: “If the PDP State secretariat was actually demolished, I don't think there would have been peace in Borno today because no one would expect silence from millions of our youth supporters in Borno, and our strong leaders that include former Governors, former Ministers, former Senators and House of Representatives, former chief executives of Federal Boards, Agencies.”

He said: “The so called PDP chieftain that was quoted as haven said our State secretariat was demolished is not even known to those of us that have been in PDP since the party was formed.”

Sanda lamented that: “The fact is that some people have entered into our party and created factions just to create confusion. We have been in court and the court has given an order restraining any group from claiming leadership of the PDP.

“It is therefore impossible for discussions as sensitive as changing the State Secretariat of the PDP to have taken place when the contention on the leadership of the PDP in Borno State is yet to be resolved. Members of the public are strongly advised to disregard that mischievous information.

“For the purpose of emphasis, no PDP secretariat was demolished in Borno State. The story is totally false, misleading and mischievous. The aim is to cause disaffection, and pretense by some to be in control of leadership of the PDP in the state and weep up political sentiments across the country which would ultimately destabilize emerging peace in Borno State.

“The PDP as we know, has always worked for Nigeria’s prosperity under an atmosphere of peace and we are determined to win all future elections at the National and State levels" Sanda said.