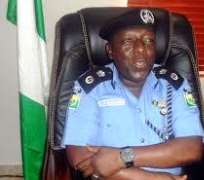 The Delta State Police Command has assured the family of the woman who was allegedly bruised by police officers from Zone ‘5’, that the Command would get to the root of the incidence.

This is coming on the heels of misleading reports trending in the social media that the personnel involved in the act are from the Federal SARS Operatives.

This was disclosed in a press release made available to newsmen in Asaba by the Command’s Police Public Relations Officer (PPRO), DSP Andrew Aniamaka.

According to him, “The attention of the Delta State Police Command has been drawn to a report captioned “Delta SARS officers now begging woman who lost Quadruplets after she was brutalized by them,” currently circulating on the social media platforms amongst which is www.stelladimokokorkus.com .

“The Command wishes to first of all set the record straight by stating that the operatives involved are not personnel of Federal SARS, Delta State, but Operatives of Zone ‘5’ Tactical Squad, based in Asaba, Delta State”.

The Police image maker revealed that, “The Command has also commenced a holistic investigation into the alleged brutality of the victims with a view to bringing any of the police officers found culpable to book”.

While advising the victims to remain calm and repose confidence in the police to do justice in the matter, “the Command enjoins the public not to be quick in distrusting the police as the police hierarchy at all levels has always demonstrated the willingness and capacity to bring erring personnel to justice”, the release added.