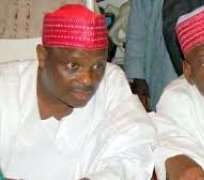 Fight yesterday erupted at the wedding fatiha in Kano between supporters of Kwankwasiyya    and members of the All Progressives Congress (APC) loyal to Kano State Governor, Abdullahi Umar Ganduje.

The clash is coming a week after the state Commissioner for Special Duties,    Alhaji Abdullahi Abbas, in a video    that went viral, called on residents to stone and attack the Kwankwasiyya group.

An eyewitness told journalists that    two of Abbas' children, Sani Abdullahi Abbas and Abbas Abdulahi Abbas (Jnr), were among the attackers at the wedding and led by one of the co mmissioner's boy    popularly called Shawuya.

The eyewitness said the injured were immediately rushed to the Murtala Muhammad Specia list Hospital for medical attention.

Reacting to the develop ment, a supporter of the Kwankwasiyya group and former Organising Secretary of the APC in Kano, Sunusi Surajo Kwankwaso, attributed the fight to negligence by the security a gents considering the fact that Abbas in a video released online had last week while confirming that they orchestrated the attack in Minjibir and Hawan Dau she, openly called for the attack of the Kwankwasiyya members.

“It's surprising th at Abbas has not been arrested or invited by the security agents over his comments calling for violence that was even reported in the media, said Surajo Kwankwaso.

He said c alled on residents to protect themselves if the law enforcement agents cannot do so.

Sunusi Surajo Kwankwaso noted that they are meeting with the elders of their group to take a position on the attack.

The spokesman of Kano State Police Command, Magaji Musa Majia, s aid the command had commenced investigation into the issue to ensure that the perpetrators of the crisis are brought to book.