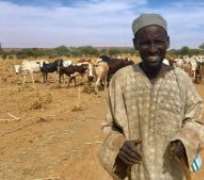 The Miyetti Allah Cattle Breeders Association (MACBAN), has pushed back on the national outcry against the deadly activities of its members, saying that they have   lost over 1000 people including children, women and the aged and over 2 million cattle to ethnic militias.

In the statement signed by its National Secretary, Baba Usman Ngeljarma, MACBAN said what started as communal clashes had since metamorphosed into a coordinated operation to exterminate its members.

The cattle breeders said the current problem leading to gross loss of lives was fuelled by the “draconian laws put in place by some state governments with the singular aim of chasing our people out of the states simply for ethnic hatred.”

The group said the anti-open-grazing law in Benue, Taraba and other states was nothing more than a symbol of intolerance and did not in any way intend to solve the farmers/grazers conflict as the livestock breeders interest was neither captured in the law nor in its implementation mechanism.

It also suggested ways out of the current problems.

The cattle breeders made declaration on Sunday during a press conference over the killings in some states of the federation, particularly, Benue, Taraba, Kaduna and Adamawa states.

killings in some of the states by suspected herdsmen have sparked national outcry, with many canvassing the declaration of the deadly herdsmen as terrorists..

In Benue alone, over 70 persons were killed and several others critically injured.

The same situation is recorded in Kaduna, Taraba and Adamawa states.

The statement by the Miyetti Allah reads in full:
A Text of Press Conference by the National Secretary of Miyetti Allah Cattle Breeders Association (MACBAN) on Sunday, January 14, 2018

Members of the general public are already aware of the burning national security challenges with violent hostilities affecting pastoralist community in different parts of the country.

These very unfortunate crises have since degenerated into dangerously intolerable level of killings, maiming and unprecedented destruction of property. More worrisome is the fact that the pastoralist community which has been the main target of the offensive is also deliberately been pointed as the attackers at the same time.

This horrible accusation in both intent and purpose is meant not only to smear the image of the herdsmen as a peace loving community, but to also allow further criminal justification to carry out total ethnic cleansing on our members, as witnessed in different parts of the country.

Miyetti Allah Cattle Breeders Association of Nigeria as the premier pastoralist body in the country has remained in unimaginable pains on daily basis as we receive communication of gory details of attacks, maiming and destruction of our members across the country.

For the avoidance of doubt, we totally condemn violence, in whatever form anywhere in Nigeria and by whoever.

It is important to note that the pastoralist share a long relationship with many communities in the country, as they carry out their legitimate occupation of nomadism/pastoralism; carrying along their lives, families and possessions making it impossible to foment trouble.

Our disposition as the immediate neighbours to almost all Nigerians does not only make us vulnerable but also susceptible to baseless accusations by promoters of violence, despite us being the worst victims.

We are however not denying the fact that, as any other community in the country, we are also battling with misguided and criminally motivated elements who indulge in social vices and criminal activities. However, these few miscreants do not represent the mainstream of herdsmen.

In fact our case is worsen by long years of exclusion suffered by the Fulani herdsmen as the most neglected community in the country, thereby depriving us of so many things.

The current situation in our opinion is fuelled by the draconian laws put in place by some state governments with the singular aim of chasing our people out of the states simply for ethnic hatred. The anti-open-grazing law in Benue, Taraba and other states is nothing more than a symbol of intolerance and do not in any way intend to solve the farmers/grazers conflict as the livestock breeders interest is neither captured in the law nor in its implementation mechanism.

While as a body we are not against any law that can engender peace, create societal harmony and stability, we cannot oblige any self-centred regulation with primordial sentiments based on injustice, intolerance and infringement of people's fundamental rights. It is no longer hidden that to achieve these, some State Governments are sponsoring ethnic militia against our people, recruiting and arming locals to kill our people and rustle their livestock as seen recently in Benue and Taraba States.

Two days ago, the media was awashed with the story of Tiv militia gang arrested in Taraba State by the Army who confessed that over 1000 of them were recruited and dangerously armed by the Benue State Government to kill the Fulani herdsmen.

No doubt the activities of these criminal gangs are putting our people in unbearable pains as they operate with the greatest impunity under the protection of the State Government.

Only very recently we have lost over 1000 people including children, women and the aged and over 2 million cattle to this gang. We are more disturbed today as this state government hides under the self created crises and blackmailing the Federal Government into releasing to them security operatives to achieve their illegal and wicked agenda on our people.

The trend of attacks on our defenceless members by ethnic militias oiled by a deliberate profiling through coordinated media campaigns against our members, to say the least, is the worst crime against humanity.

What started as communal clashes has since metamorphosed into a coordinated operation to exterminate our people. From the killings in Plateau State, to southern Kaduna to Benue, Taraba and Adamawa among others the story is only worsening by the day.

Let me refresh your mind on the unprovoked attack on the Fulani communities on the Mambilla Plateau in Taraba State. The attack, which took place around June last year on the sedentary pastoralist Fulani families who have practised the much deceitfully advocated ranching for decades left about 700 people killed, over 20,000 cattle rustled or killed with over 300 communities burnt down. In Lau, 24 Fulanis were also killed. In Numan, Adamawa State, about 82 of our women and children were slaughtered in cold blood by Bachama militias. In Kajuru, Kaduna State, 96 were killed.

All these were committed in a span of 7 months, beginning in June 2017 to January, 2018. All the killings were done by ethnic groups who see themselves as indigenes and the Fulanis as marauders, even where the latter have been settled for nearly a hundred years. However, up till today nobody is arrested even when the perpetrators are well known to the victims. The pastoralists have been abandoned, unfortunately, to their predators.

In conclusion ladies and gentlemen, our story is a very sad and painful one. While we have suffered decades of neglect by the government with attendant consequences, the current national gang up against the herdsmen is not only endangering our survival as a people but also justifying action against us, no matter how crude and inhuman it is.

After reviewing the current challenges as they affect our members we are of the humble opinion that following steps can go a long way not only in dousing tension in the country but will also go a long way in reducing the perennial conflict to the barest minimum.