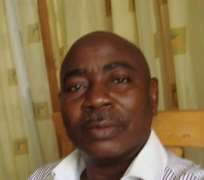 In separate chats with The Nigerian Voice, Baderinwa and Okanlawon said the deceased served the state to the best of his ability and prayed that God will give his family the fortitude to bear the loss.

Baderinwa said "The death of the former Special Adviser to the Governor of the State of Osun on Works and Transport, Engr Depot Amuda is very unfortunate. He was a good man and he served this state to the best of his capacity. God will give his family the fortitude to bear the loss."

Okanlawon while mourning Amuda said the news of his death came as a rude shock. "Though he was sick at some point last year and we believed that he had survived that until today that I was greeted with the news of his passing.

"He was a very patriotic citizen of Osun. He did his best while he served as the Special Adviser on Works. We shall surely miss him. From Him we came and to Him we shall all return. Engr Depo Amudah, you have fought a good battle. May Allah overlook your mistakes and provide you a resting place", Okanlawon stated.

The Oluwo of Iwo, Oba Abdulrosheed Adewale Akanbi in a statement made available to The Nigerian Voice by his Chief Press Secretary, Ali Ibraheem said the death of Amuda was an injury to Iwo and its people.

The monarch described the deceased as a blessing to Nigeria, noting his contribution to humanity was remarkable. Oluwo urged members of his family and his friends and associates to accept his death as the will of God. The traditional ruler prayed for forgiveness of the sins of late Amuda.