“Africa is no shithole”: proud immigrants answer back to Trump 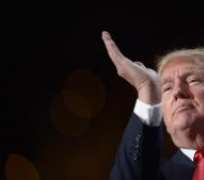 African immigrants in the United States defended their countries on social media, highlighting their education, careers and accomplishments, after U.S. President Donald Trump questioned why the nation should want people from “shithole countries”.

Trump used the phrase in reference to African countries and Haiti during an immigration briefing at the White House on Thursday, sources said, sparking global outrage and condemnation.

“Africa is NO shithole, Mr. Trump,” tweeted Bernard Lagat, a U.S. Olympic runner who was born in Kenya.

“I’m a future doctor. I have three degrees. I speak three languages… I’m from a shithole country!” wrote Nyadow Chol, a medical student from South Sudan whose tweet went viral.

“(Trump) referred to us as if we don’t have a lot to provide to American society. I wanted my tweet to allow other immigrants the opportunity to speak up,” she told the Thomson Reuters Foundation.

Trump has taken a tough stance on immigration, moving to limit refugee intake, rescind protections for people brought into the country illegally as children, and block travel for citizens of certain Muslim-majority nations in the Middle East and Africa.

“My hope is that we would showcase who/what we are…in hopes that we can turn this around,” said Ba Lo, a Nigerian American man who urged people to get the hashtag trending.

“There is this impression that we live in huts and walk around with no shoes,” Lo, who manages a healthcare agency, told the Thomson Reuters Foundation.

After living in the United States for 15 years, Lo said Trump’s comments made him want to move back to Nigeria. He requested to use a pseudonym because he was afraid of getting death threats.

“It is especially painful to me because I served in the United States navy and this is not the country I signed up to fight and possibly die for,” Lo said.

Olusegun Ishmael, a doctor in Chicago, had another kind of response. He posted links to dozens of notable Nigerians and Nigerian Americans including scientists, musicians and writers.

“Here are two lists of people from huts and ‘shithole places’ like me,” Ishmael wrote on Twitter.