Igbo, Yoruba leaders meet in Enugu in Handshake Across the Niger summit 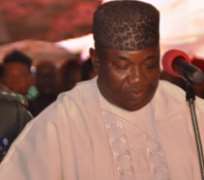 Pending any unforeseen, all is now set for the Handshake Across The Niger summit scheduled to hold on Thursday, January 11, 2018, at Enugu.

In a statement made available to newsmen on Tuesday, January 9, by Jude Ndukwe, Publicity Secretary of Nzuko Umunna, the Igbo socio-cultural group organizing the event under the auspices of Ohanaeze Ndigbo and Afenifere,

“the event is a celebration of the unique and many shared but often ignored common attributes and mutual interests between the Igbo and the Yoruba as epitomised by their age-long peaceful coexistence and robust relationship”.

The event which has already been tagged the biggest and most significant event of 2018 will have the crème la crème of both the Igbo and Yoruba in attendance.

Guest speakers at the event include Chief Alban Ofili-Okonkwo, Prof Banji Akintoye, Mazi Sam Ohuabunwa and Dr Olusegun Mimiko, the immediate past governor of Ondo State. Other guests are Dr Patrick Ifeanyi Ubah, Chief Ayo Adebanjo, Prof Pat Utomi who is the Chairman Board of Trustees of Nzuko Umunna, Chief Femi Fani-Kayode, Charles Ogbu, Yinka Odumakin, Sen Chris Anyanwu, Chief Olu Falae, Lady Victoria Aguiyi-Ironsi, Chief Mrs Bola Doherty MFR, Gen Azubuike Ihejirika, rtd among other eminent personalities. Leaders from south-south and the middle belt of Nigeria are also expected to grace the occasion. “This event is tailored after the act of exceptional mutual trust, loyalty and bravery that depict 'friendship beyond brotherhood' as displayed by Aguiyi-Ironsi and Adekunle Fajuyi in their last moments on earth. We want to continue to build on this foundation laid by these two great men for the socio-economic and political advancement of our peoples. We therefore invite all men and women of goodwill to grace the occasion”, the statement concluded.