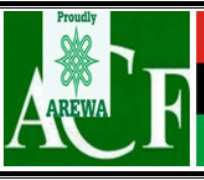 In about 18 month’s time, Nigerians would be going back to the polls to elect public office seekers who would again be saddled with the control of affairs in the country for another four years. It is obvious that the APC government has not lived up to the promises of change it made to Nigerians to win the elections in 2015. APC gave them high hopes when they campaigned for a change in government, and only succeeded in dashing those hopes into a thousand irretrievable pieces. To say that Nigerians are disappointed with the APC government is to put it mildly. They are disillusioned. They are angry. They feel betrayed by the party they massively trooped out in heavy rain and intense sunshine to vote into power. They voted with faith and hope that APC would do better than the PDP which had ruled (some say misruled) the country for 16 years. But now, that faith and that hope have become their bitter pill to swallow. They have become the headache which APC is unable to cure.

Democracy thrives in many countries because it gives the electorates the power to recall and replace a parliamentary representative of the people who fails his constituents. And I think, the time has come for Nigerians to take their own destiny in their hands. They know that this issue of recycling leadership is what is killing the country. Nigeria needs a brand new set of political leaderships. All those who have tasted political offices before and are above 65 years of age should be stopped by law from continuing to vie for public offices. Opportunities should be created for those between the ages of 25 and 65, by law, to run the affairs of the country.

I am indeed impressed with the opinion expressed recently by Dr. Mohammed Junaid about the failure of the APC government. And I think what Nigerians should look out for in 2019 are credible men and women who would be dedicated to finding a permanent solution to Nigeria’s perennial social and economic problems.

Nigerians need a government that will get Boko Haram insurgents to table their demand with the National Assembly, the legitimate political representatives of the people. What does Boko Haram want from Nigeria? Whatever it is, a new nation that is subject to Sharia laws, money, fame, whatever: they should be convinced to table their grievances through the National Assembly which will debate and deal summarily with them. A situation where Boko Haram continues to terrorise parts of the country and daily mow down innocent Nigerian citizens and are fished out and killed by the Nigeria military is definitely not in the interest of unity and progress in the country. The new leader Nigeria needs must be able to penetrate through Boko Haram formation (including their foreign sponsors) and get them to make public their grievances so that the Nigerian legislature can look into them appropriately and find a solution to them.

Nigerians need a government that will be willing to create Reserved Areas for cattle grazing in states that have enough land for the policy. Clearly, a situation where Fulani cattle rearers give the impression that all land in the country belongs to them is unacceptable. They come into someone else’s farm, unleash their cattle to eat and destroy the farm, and are ready to fight the owner of the farm with arms when challenged. That is not what Nigerians are ready to condone any time. They come into someone else’s farm and rape their women and daughters. That is unacceptable. And all that must stop when reserved areas are created so that cattle can feed well and not be a nuisance to innocent Nigerians who depend on their farm products for livelihood.

Nigerians need a government that will see the need to return the country to something close to the four regions Nigeria had at independence. Today, there are 6 zones in the country, carved out of the 4 regions the country had at independence. The new government should create conditions to enable each of the 6 zones harness its own resources, manage its own police force, customs and excise, schools and hospitals, roads and infrastructure and contribute 20% of its annual budget to the Federal Government for the maintenance of the Immigration Department, the Armed Forces, Central Bank and similar federal establishments. It is obvious that a situation where all power resides in Abuja no longer appeals to the average Nigerian. Nigerians need a government that is closer to the people whose responsibility it is to vote for public office seekers, not one that is controlled remotely from far away Abuja.

Nigerians need a government that will see the immediate need to put a halt to child labour throughout the length and breadth of the country. Nigerian children do not deserve the shoddy treatment succeeding governments have continued to mete out to them over the years. In many villages, towns and cities in Nigeria, children as young as 10 years hawk commodities like groundnuts, pure water and fried plantains on the streets every day, some after their tedious studies at school. In some cases, they abscond from school to hawk because they are unable to pay their school fees and must find a way to do so, by hawking. As a result, they are exposed to all kinds of hazard, from rape to motor accidents.

Child labour, which is also child abuse, is a crime that has been abrogated in many countries even in Africa. But in Nigeria, it is taken for granted and government doesn’t seem to see anything wrong with it. Nigerians need a government that will see everything wrong with child labour and is willing to turn around the fortunes and the future of the Nigerian child.

Nigerians need a government that will see the need to enact laws that will make it a criminal offence for employers of labour not to pay workers in time, as they are paid in developed countries like Britain and America. A situation where working class families are owed salary arrears running into months and they are made to feel favoured rather than acknowledge their legitimate rights when they are paid is clearly no longer what many Nigerians want to live with. The new government Nigerians need should be able to see what damage the unwillingness or inability of employers to pay workers without owing them arrears of salary is causing the country. It is the major reason there is high level corruption and indiscipline in the country.

Nigerians need a government that will put laws in place which will make it compulsory for every Nigerian child born from the day the law is ratified to learn to speak Hausa, Igbo and Yoruba from primary school level. In about two generations, every Nigerian child would be speaking the three main languages in the country and Nigeria would have evolved a true national spirit which would speak less for ethnicity and more for a national spirit of unity and progress.

Nigerians need a government that will make it possible for every village, town and city in the country to be connected with electricity contracted completely to private entrepreneurs. A situation where government still indirectly controls electricity supply, thereby making it impossible for citizens to sue and claim damages from defaulting electricity providers is clearly unacceptable. It is obvious that with adequate electricity supply, many small and medium scale businesses will be activated. They will thrive and create more jobs for the country’s teeming population of school leavers in need of jobs.

The supply of electricity to Nigerian villages, towns and cities should be completely contracted out to foreign and indigenous companies with a zero interference by government so that citizens would have the freedom to sue a company that defaults on its responsibility to supply adequate electricity to consumers. The companies would pay their taxes to government in line with their total income.

Nigerians need a government that will drastically cut down on the remuneration of public office holders so that it becomes unattractive to rogue politicians and their rogue business accomplices. The country has so far remained unable to get the most qualified citizens to manage its affairs because the law makers tied up so much money into their offices that for most Nigerians who have the guts to do or die, public offices are now gold mines. If these offices no longer attract much money, rogue politicians will evaporate like tiny air and the best and most dedicated representatives of the people will emerge. Nigeria will be better for it.

Can the youths of this country now form a party that can dislodge the strangle-hold of these seat-tight older men who have insisted on a recycling form of government for all these almost six decades? Can they? This is the time. All Hausa Youths Organisations and all Igbo Youth Organisations and all Yoruba Youths Organisations must sink their tribal differences now, come together, reason together and take their destiny and that of their children in their hands. They do not need so much money to do this, so there will be no reason to worry. Knowing that the trappings of power are never relinquished without a fight, all they will need is determination and trust. They will need determination because they will be fighting for a worthy cause. They will be fighting for the future of their children and their country. And they will need trust so that their own will refuse to be bribed to betray them. This is the time to begin to plan. True change must dawn on Nigeria.