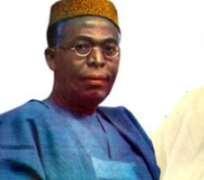 All is now set for the Handshake Across The Niger Event scheduled to hold on Thursday, January 11, 2018, at Enugu.

In a joint statement made available to newsmen on Sunday, January 7, and signed by Dr Patrick Ifeanyi Ubah and Yinka Odumakin, Chairman and Publicity Secretary respectively of the Local Organising Committee, LOC, “the event is a celebration of the unique and many shared but often ignored common attributes and mutual interests between the Igbo and the Yoruba as epitomised by their age-long peaceful coexistence and robust relationship”.

The event which has already been tagged the biggest and most significant event of 2018 will have the crème la crème of both sides in attendance. These include the Deputy Senate President, Senator Ike Ekweremadu, the Enugu State governor, Ifeanyi Ugwuanyi, who is also the Chief Host, Peter Ayodele Fayose, governor of Ekiti State, Dr Okezie Ikpeazu of Abia State, Willie Obiano of Anambra State, Owelle Rochas Okorocha of Imo State and Engr David Umahi of Ebonyi State.

“This event which is facilitated by Nzuko Umunna, an Igbo socio-cultural organization under the auspices of Afenifere and Ohanaeze Ndigbo, is tailored after the act of exceptional mutual trust, loyalty and bravery that depict ‘friendship beyond brotherhood’ as displayed by Aguiyi-Ironsi and Adekunle Fajuyi in their last moments on earth. We want to continue to build on this foundation laid by these two great men for the socio-economic and political advancement of our peoples. We therefore invite all sons and daughters of the southeast and southwest Nigeria to grace the occasion”, the statement concluded.