The Treachery of RoboMicheal in Desperation for Ogoni Oil 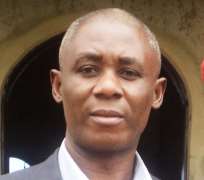 On December 27 2017, the Secretariat of MOSOP in Bori came under the control of the Army. RoboMicheal Limited. an Abuja based company in its desperation to force its way to resume oil mining operations in Ogoni had connived with some persons to lie about a meeting with MOSOP. More than that, the company had ordered that the MOSOP secretariat be forced open by the soldiers for the meeting with the chiefs.

RoboMicheal deceptively advertised the meeting to be between the company, the traditional rulers and MOSOP. The company would further lie that the letter inviting RoboMicheal was signed by the deputy President of MOSOP Chief Dr. Fortune Okwa Chujor.

To the company getting MOSOP involved was a smart way to deceive the Ogoni public and get massive turnout. Little did the company know that the constitution of MOSOP requires that for there to be a congress or public gathering of the Ogoni people, the executives of MOSOP, the Vice Presidents (Kingdom Coordinators) and the chapter leaders of the over 300 chapters of MOSOP in all Ogoni communities must be present.

It is on record that no member of the executive committee of MOSOP, Vice Presidents and chapter leaders attended the meeting. The big question here is that is it possible for a meeting organized in collaboration with MOSOP not to have at least an executives of MOSOP in attendance with kingdom coordinators and chapter leaders?

RoboMicheal and its collaborators were smart and knew that it]s deception would not work without the name "MOSOP' appearing somewhere in its design.They probably have been informed that the Ogoni Bill of Rights expressly gives the mandate of representation to The Movement for the Survival of the Ogoni People (MOSOP). And so, deceptivelyy advertising its collaboration with MOSOP was a major strategy to get people to the meeting..

So at about 1pm same day, soldiers loaded in 6 trucks and 2 armored tanks swooped on the MOSOP secretariat and forced the entrance open as hired buses conveyed chiefs for the meeting.Mrs Arobo Igirani of RoboMicheal arrived at about 3.20pm with more soldiers in her convoy. In her speech, she was clear about her interest -- she wants the Ogoni oil for which Ken Saro-Wiwa, Barinem Kiobel John Kpuinen, Albert Badey, Edward Kobani, Theophilus Orage, Samuel Orage, Baribor Bera, Nordu Eawo and some 4000 other Ogonis have been killed by the Nigerian government between 1993 and 1999.

Clearly, Arobo and her RoboMicheal in their business prospection does not use their conscience and chose to come with two military tanks and over 100 soldiers to the meeting. What did she intend to achieve you may ask. I have also been pondering about that and the only answers I could get is that she wanted her deception to succeed, she new she is not welcome and did not want an embarrassment.

To RoboMicheal, military forces from Abuja is the way to go, the think the resistance of the Ogoni people since 1993 must be crushed with the army.

RoboMicheal on December 27, 2017 proved to all of that she can be even more brutal than Shell. If tanks will be used for a supposed business meeting then what would RoboMicheal had deployed if its operations were disrupted in a dispute with a local community? - probably, fighter jets will swing to action leaving all dead.

I call on the Ogoni people to continue to reject this deceptive RoboMicheal, its killer and inhuman tendencies.

Let me also intimate you that RoboMicheal has not gotten any license to operate in Ogoniland.. Its all part of the company's deception. In fact RoboMicheal is not experienced in oil mining at all and had never prospected for oil any where before. And the company thinks that over 1million Ogonis whose future had been destroyed by Shell's racist business practices since 1958 can be her guinea pig.

It is not surprising that even Shell whose standards we reject consider RoboMicheal unfit for oil mining in Nigeria and has refused to deal with the company.

What more should I tell you about RoboMicheal and its already failed expedition in Ogoniland.

But I will leave you with few words: No matter how much money that will flow in from Abuja, Ogoni oil cannot be taken without the consent of the Ogoni people..

The author, Fegalo Nsuke is Publicity Secretary of the Movement for the Survival of the Ogoni People(MOSOP). He wrote from Bori Ogoniland, Nigeria.