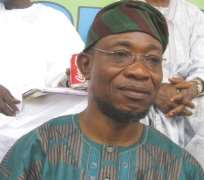 The labour leaders in Osun state have hailed the state governor, Mr Rauf Aregbesola for his commitment to the welfare of workers in the state.

The unions including the Nigeria Labour Congress (NLC), Trade Union Congress (TUC) Nigeria Union of Teachers (NUT) lauded the governor for granting the demands of the workers which led to the quick resolution and ended the recent strike in the state.

One of the labour leaders in the state, Bayo said they felt the pains of the governor on his inability to pay full salary due to the financial predicament of the state.

In demonstrating their support for the governor, the labour leaders attended the The labour leaders spoke at the interreligious prayer organized by the state government to start the new year 2018.

The workers stated that Aregbesola has demonstrated good gesture as a workers friendly governor with some of his welfare packages for the workers, recalling that he was the first governor to pay 13th month salary to the workers.

The labour leaders said: “We want to commend Governor Rauf Aregbesola for the harmonious relationship between the labour and the state government.

“Aregbesola is the first governor in the history of the state to pay 13th month salary to workers when the state was financially okay. He increased the workers car loan, without demand, from N250, 000 to about N1million. There are many good packages the governor provided for the workers without asking."

“Before the state ran into financial problem, he paid salary on or before 24th of every month. We understand the governor’s predicament, and we are in support of his government. The last labour dispute was not because we want to fight the governor but just to secure the interest of the workers.

“The industrial dispute is because of what happened in Ondo State where Governor Rotimi Akeredolu said he did not owe the workers who were owed several months salary by previous administration of ex Governor Olusegun Mimiko. We don’t want our case to be like that in Osun; that is why put up our demands.

“We commend the governor for granting the request of the workers in the shortest time, despite the financial quagmire of the state”, Adejumo said.

Aregbesola said the labour abused their right to protest by forcing other workers who are not being owed and those that are not supposed to go on strike out of their offices.

He maintained that the financial crisis as a result of the crash in the price of crude oil which disrupted the revenue of he federal government was responsible for the financial trouble in Osun to the extent that the state government could not buy official vehicles for the Commissioners, Special Advisers and members of the House of Assembly.

Aregbesola said the trouble has gone with the year 2017 and that there would be abundance in the state in the new year 2018 to the extent that the state would be buoyant and he would be able to pay all the arrears of the salaries owed.