The 2019 Presidential Elections And The Current NOIPolls 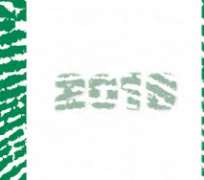 With the dates already set in 2019 for the elections and with 2/3 of the current administration’s tenure all but used up, we are in a position to gauge the possible re-election chances of the APC federal government and the possible chances of a PDP candidate.

The most recent NOIpolls (which can be viewed on www.noi-polls.com ) as of the time of writing is quite informative. Buhari’s strongest area of strength is in the North East zone. 80% of people there either approve of or strongly approve of Buhari’s performance thus far. Only 10% of people either disapprove or strongly disapprove of Buhari’s performance and only 10% are on the fence as they neither approve nor disapprove of his performance. This is bad news for Atiku as he appears very unlikely to be able to move significant support from his home zone as they appear locked in for Buhari. American pollsters tend to state that most of those on the fence tend to break for the challenger or they fail to turn up at all depending on the candidate put up by the opposition. The most Atiku (or anyone else from the NE) can obtain from the NE would therefore be about 18%.

The North West is the second most entrenched supporting zone for Buhari. 75% of people in Nigeria’s most populous zone is locked in for Buhari (as they either approve or strongly approve of Buhari’s performance). Only 7% are on the fence and 18% of people either disapprove or strongly disapprove of Buhari’s performance. 25% support being the maximum support obtainable from the NW. A candidate from the NW would probably be a most unwise choice for the PDP.

North Central is Buhari’s third most electorally strong zone and the third strongest area of entrenched opposition to a Buhari presidency. 46% of people either support or strongly support Buhari’s government. However, 43% however strongly oppose or oppose Buhari’s government. 11% of people in the North Central are on the fence. They may either vote for PDP or not vote at all depending on the candidate PDP puts up. In my view, this is the most viable zone from where to select a presidential candidate for the PDP (if PDP is going to choose a candidate from the North).

The SW is the area of strongest support for Buhari in the South. 37% of people approve or strongly approve of Buhari’s performance. However 38% disapproves or strongly disapproves. Importantly, 25% of people of the SW have no opinion either way. This is a very tricky position for Buhari here and his performance in 2019 will depend on how much PDP will be perceived to be an anti Yoruba party as well as the candidate (and his /her vice candidate) selected by the PDP as a competitor to Buhari.

SE is a most interesting zone. 19% of people have positive support for Buhari. 46% have entrenched opposition to Buhari with 35% on the fence. With APGA likely to present a presidential candidate in 2019 and with 35% of people in that zone on the fence when it comes to perception of Buhari’s performance, it is unclear whether a VP choice by the PDP will be enough to swing support to the PDP as opposed to a candidate of igbo origin from APGA. APGA provides a serious headache to the PDP (especially if the PDP chooses a Northern presidential candidate and even if the PDP selects an igbo as such persons vice presidential candidate) and the most likely source of comfort for a Buhari presidency.

The SS zone has the largest entrenched opposition to Buhari at 49%. 26% however have locked in support for Buhari. 25% are therefore undecided. In the absence of party specific to the SS competing with the PDP for the undecided 25% of the vote, it appears entirely logical for the PDP to select a person from the SS as its VP candidate that would help it lock in the 25% of people that have neither a positive or negative view of Buhari’s performance 2/3 into Buhari’s first term.

With the SE and SW having very high undecided voters, PDP will be in a very tricky situation. PDP has to contend with a very strong APGA party that is unlikely to sit things out as it did for GEJ in 2019. If APGA chooses an Igbo person as its main candidate for the presidency then chances are that the PDP will be competing with APGA for 81% of the vote of the zone that combines those on the fence and those that oppose or strongly oppose Buhari. The SW will also be tricky. It has a VP on the current ticket yet it has 25% of its people neither positively or negatively disposed to Buhari. The issue then is whether that 25% will be converted to positive support for a Northern PDP candidate that does not have a SW PDP vice presidential candidate.

Buhari is a weakened candidate from all accounts. He has not added to his core areas of electoral strength from 2015. However, he is likely to be aided by APGA’s intention to select a presidential candidate of igbo extraction and the possibility that a VP choice from either of the zones of the south is likely to depress participation from the large body of fence warmers from the non selected zones of the south.