Adamu Jingi: A Man Without Formal Education But Passionate About It 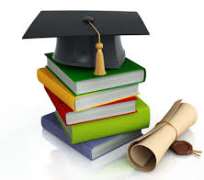 He did not pass through the four walls of a school but he has great passion for education. That was why when he made it in life, he took the bull by the horn and established the NAFAN ACADEMY in Jambutu. The school that started as a dream is today a household name and ranks among the best schools in the state.

As someone that did not acquire any formal education, he has fulfilled his dream to one day own a school with the establishment of the academy which comprises of both the Junior and Senior Secondary Schools, Nursery as well as the adult education for both men and women.

Alhaji Adamu Jingi, believes that education is the bedrock of any

development and as such, is ready to spend his last revenue towards uplifting the Nafan Academy to enviable position.

He is of the conviction that this is his contribution towards having a strong society devoid of acrimony, tribe or religion. The school has a total enrollment of 602 pupils for both Primary and Nursery with(18) eighteen professional teaching staff. The secondary section comprises of the senior class with a total of 177students, made up of five classes. The junior has a total of 183 students divided into ten classes. In addition to these, there is adult education classes for both men and women categorized in basic and advanced for the men. It isonly the cost of the form that they bear as they are not charged any fees.

In this age of technology, he erected an ICT centre in the school where the students do their practical. Alhaji Adamu Jing, introduced skill acquisition where women are taught the act of making soap and many other ventures as his contribution towards the enhancement of the status of women. The Federal Universal Basic Education Commission made a contribution of #2.4million through its intervention fund for the construction of two blocks of classes and office while he added two more blocks. The District Head of Jimeta donated a piece of land measuring 100 by 100 meters for the expansion of the school because of his commitment ineducation. Six class room blocks were constructed in the land. The quality assurance of the Adamawa State Universal Basic Education Board commended this illustrious son that has no formal education, but established school that is geared towards uplifting the people especially within Jambutu suburb if the likes of Alhaji Adamu Jingi can be found all over Nigeria, social malaise due to the high level of youths illitracy will be curtailed.

A lot of people opined, that the establishment of the school and the

provision of skill acquisition by Alhaji Adamu Jingi, has made hundreds of jobless youths to learn different trades likewise a lot of women especially widows, has acquired one trade or the order to put food on the table for them. Selfless people like this gentleman need to be commended for doing something beneficial to the society.

As someone, without a formal education, he is investing in human capital development through establishment of aschool. Currently, he is about establishing another school. The school opened last year as a centre where both NECO/WASC examinations are conducted. It is imperative for the society to recognize such individual that is making impact on the lives of the people.

Congratulation and keep the tempo high. The government need to

encourage people like Alhaji Adamu Jingi in Adamawa State as one of those investing in the educational sector as well as skills acquisition. In developed countries, these kind of people are given the enabling environment to thrive as they are contributing to nation building.