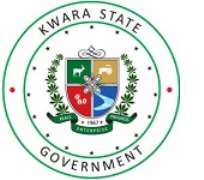 Very interesting news are coming out of Kwara, the State of Harmony. By dubiously claiming all council chairmanship positions during the November 18 shammed council elections, the Kwara state government, at the behest of the state’s most prominent envoy and senate president, Dr. Bukola Saraki, denied the electorate the opportunity to vote for candidates on merit.

Even die-hard party members insist that party stalwarts had to do the needful to avoid the obvious embarrassment that stared the party in the face. Analysts see the Dr. Saraki as APC’s main clog. The simmering anger of the people, which recently led to the senate president being stoned at a praying ground, has assumed disturbing level. If anything, November 18 lifted the air of invincibility around the senate president!

Independent election monitors claimed Dr. Saraki’s chairmanship candidates in three of the councils that make up Kwara Central senatorial zone were awarded dubious victories by the state electoral body. Dubious victories were awarded to other Saraki-appointed candidates elsewhere. Take Kwara north, for instance. Less than 24 hours to election day, the people of Lafiagi rose against their prominent son and Bukola Saraki protégé, Shaaba Lafiagi, and set his mansion ablaze. The mob was protesting the killing of natives by soldiers on the orders of Shaaba Lafiagi, a senator and former governor of Kwara state. Yet, the APC went ahead to claim a landslide victory in the zone.

This goes to show that if INEC, and not the state electoral body, had conducted the elections, Dr. Saraki would have led the APC to a disastrous outing on November 18. The way it is, things are not looking up, politically, for the senate president. He had jeopardized his presidential ambition when he treacherously stole the senate presidency. And, now, there is nothing to show he will be re-elected to represent Kwara Central in 2019 even if he is nominated by his party.

Unhappily, anti-Saraki forces have to rely on the much-despised Peoples Democratic Party, PDP, to dislodge the fumbling puppet government in the state. No one should delude themselves that this will be a walkover. Yes, the odds are stacked against Dr. Bukola Saraki but, as was the case during the last council polls, the rivalry within the opposition may work to his advantage. It was this rivalry that left the APC candidates unopposed in parts of Kwara South.

The 2019 general election presents the long-suffering people the golden opportunity to make a clean break with the past. It is either the people vote to retrieve their future and launch the state on the path of greatness or stick with the status quo and sneer by the sidelines for more years to come. The expectation is that the people, having watched while opportunities were frittered for close to two decades, will do things differently in 2019.

The next election is time for noble men and women in the state to speak up if the state must avoid the costly mistakes of the past. Within the next twelve months or so, politics will be too thick in the air and the klieg lights would have shifted to candidates jostling for various elective posts at state and federal levels. The governorship race in Kwara state which has, in recent years generated uncommon interest, is not going to be an exception! The 2019 election is an opportunity that must not be frittered if the state must break the asphyxiating hold of freeloading puppets and their masters.

This time around, Kwara state cannot afford to get it wrong. To get it wrong is to elect another caretaker puppet leader who will hold the cow for some sniffy masters. The choice before the people of Kwara state in 2019 is to end their enslavement. If things do not change and another stooge surfaces at Government House, Ilorin, in 2019, chances are a huge chunk of the resources of the state will continue to go into fuelling the false lifestyle of a few.

Specifically, the next governor must not be a puppet leader! Several individuals fit the bill! Top on the list, however, is Alhaji ‘Lai Mohammed, Nigeria’s minister of information. It is a secret of the marketplace that, as Chief of Staff in the administration of Asiwaju Ahmed Bola Tinubu in Lagos state, ‘Lai Mohammed was an active participant in laying the foundation for the ongoing socio-economic transformation in Lagos state. He can be trusted to lay solid foundation for the transformation of Kwara state.

It was the frustration with the mindless rifling of the treasury in Kwara state that turned the long-suffering and peace-loving people of the state into protesters who haul stones at leaders! It is good that the people are kicking against the pain-inducing political arrangement that turned them into butts of derisive joke from their neighbours! At the expiration of the current caretaker government, the people of Kwara state must resist the imposition of another puppet governor on them!

It will be a tragedy if, in 2019, a state that brims with educated, intelligent, god-fearing and incorruptible people elects to provide sanctuary for slave-owning politicians who do not appreciate the demarcation between state funds and personal bank accounts! The straight-thinking people of Kwara state should quit dancing to the weird drumbeat of a larcenous, self-serving few and return the ‘State of Harmony’ to its true state of harmony.

Kwara state must cease to be the laughing stock of neighbours!