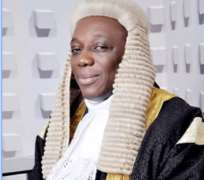 The Delta State Attorney-General and Commissioner for Justice, Mr. Peter Mrakpor has faulted a judgment of Justice C.E. Achilefu of an Otor-Udu High Court that awarded a N10 million damages against the State Hospitals Management Board and three others over the death of a pregnant woman for alleged negligence.

Mrakpor who decried the N10 million award said in Asaba that his office has already filed an appeal before the Court of Appeal sitting in Benin, Edo State and a motion of stay of execution before the trial Court, said his office was challenging the Justice C.E. Achilefu’s judgment on several grounds and expressed optimism that the Appellate Court would set aside the judgment of the lower court.

Speaking further, the Attorney-General averred that he has carefully studied the judgment of the Court in suit no QUHC/23/2013 where one Onome Joseph, as claimant, sued the State Hospitals Management Board as 1st defendant, the Attorney-General (2nd defendant) and Dr. Nwabua and Dr. Mike Ozoemena as 3rd and 4th defendants respectively, seeking for damages over the death the claimant’s wife on the 25th of November, 2012 due to alleged negligence of the doctors and nurses of the maternity/obstetrics ward of the central hospital, Ughelli.

“The State Government is challenging the judgment because there are several loopholes in the judgment and we have exercised our rights of appeal to set aside the judgment of the High Court and we have already filed a motion for stay of execution before the trial court” Mr. Peter Mrakpor said.