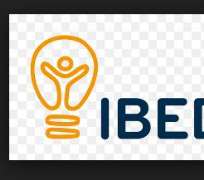 The Coalition of Border Communities Development Associations CBCDA in Ogun State, has said activities of Ibadan Electricity Distribution Company, IBDEC, is hindering growth and development of many Communities in the state.

The coalition in a communique after it's end of the year meeting in Ota area, at the weekend, said more than 50 developing Communities bordering Lagos will celebrate the festive season in darkness due to highardness and insensitivity of IBEDC.

The communique signed by its Coalition Chairman, Samuel Ayo-Oloye and Secretary General Prince Adekola Adeseyi said reports about electrifications of developing Communities in Ogun State under IBEDC is shameful and gross violation of residents fundamental right of access to Electricity.

The Communities said deliberate refusal of IBEDC to distribute electricity to these growing Communities is crippling economic development of Ogun State in general.

The group said thousands of families are being denied access to electricity, worsening their condition of living in those Communities.

The Communities said despite spending millions on electrification projects, IBEDC is in the habits of frustrating their communal efforts.

"The coalition received serious complains from member Communities in Ota, Atan, Ijoko, Ilogbo among others.

"In Atan, more than 14 Communities including Ifelodun CDA, Ologode Village, Teachers Estate, Adekoyeni CDA are begin held in darkness due to IBEDC failure to either energize their transformer or give approval to connect to nearby High Tension.

"In Ota, two Communities along Itele road had been in darkness for over two years due to issues regarding to 33HTC high tension.

" A clear case is that of Peacland CDA who has completed all it's internal electrifications, bought a 33HTC compliant transformer and is currently in darkness because IBEDC wanted it so.

"The said Community is about 7 poles to the 33HTC but compromised IBEDC Officials are insisting on the community to connect to a 11HTC which is about 50 poles away." The group said.

The group also slammed the Nigeria Electricity Regulatory Commission NERC for not coming to the aids of the Communities after receiving several complains and petitions from Communities in darkness.

"NERC will admit that it has received over 500 petitions from Communities in Ogun state, it's disheartening that these petitions never received good attention nor bought solution to plights of the communities.

"In most cases it worsen the relationship of the community and IBEDC, who always brag that NERC cannot order them to connect any community, it's seems NERC is a toothless dog that only barks on paper."

The group called on the Ogun state government and House of Assembly to quickly intervene in wave of darkness witnessed by several Communities sharing boundaries with Lagos State.

The Communities also called on all relevant Federal agencies and ministry to beam it's light on IBEDC mundane activities nationwide.