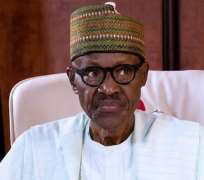 The long-awaited official visit of the President and Commander-in-Chief of the Armed Forces of the Federal Republic of Nigeria to his most solid political base in the whole country, i.e. Kano State will become a reality anytime from now.

It is expected that Mr. President will embark on a 3-day official visit to the most populous State in the federation during which he will commission some landmark projects executed by the administration of His Excellency, the Executed Governor of Kano State, Dr. Abdullahi Umar Ganduje OFR, inspect on-going ones, and also some private agro-based industries and meet with the cream of the society made of the Ulama, traditional rulers, businessmen and political bigwigs and lay the foundation stone of other gargantuan ones.

For long, Kanawas have been longing for this historic visit since the epoch-making elections of 2015 when the APC swept away the then ruling PDP at federal and state levels. But due to some intervening variables, Mr. President could not make this visit prompting speculations by some political funambulists to insinuate that the most populous politician in Kano State has forsaken his political base which is very far from the truth. Kano people will forever remain loyal and solidly supportive of Mr. President and I am sure he will never jettison Kanawas through thick or thin.

Equally worth-mentioning is that the amiable Governor of Kano State, Dr. Abdullahi Umar Ganduje, OFR is also a Buhari loyalists and he has demonstrated this in both words and actions on several occasions which has angered some desperate politicians who accuse him of disloyalty, “anti-party” activities and betrayal of their “cause and ideology” as if he is subservient to someone rather than being the chief executive of Kano State who is accountable to the Almighty and the people who voted for him en masse. Mr. President, be rest-assured that the Governor, his administration and majority of the people of the State are yours and when you visit, you will see huge crowds of Kanawas that will line the streets to welcome you chanting in chorus Maraba! Maraba! Maraba! Sai Buhari! Sai Buhari! Sai Buhari! Sa Mai Gaskiya! Sai Mai Gaskiya! Sai Mai Gaskiya! Sai Baba! Sai Baba! Sai Baba!

Though not a fortune-teller, I am sure the successful visit of Mr. President to Kano State will give some desperate politicians sleepless nights because they will then realize that they have no any political base upon which to realize their self-centred political ambition because Kano ta Buhari ce da Ganduje.

Mr. President, let me be the first to welcome you to Kano State because during this visit you will see the laudable progress so far recorded by the present administration of His Excellency, Dr. Abdullahi Umar Ganduje supported by loyal lieutenants. In fact, in the last two years since the Ganduje administration came to power, we have seen unprecedented transformation in the form of infrastructural development, implementation of people-centred policies and programmes especially empowerment of youth and women as well as the determined efforts of the State Government to ensure the security of lives and property of the citizenry.

These are not a mean achievement especially as some assume that the governor is not the right stuff to assume the governorship of the State and they have not relented in their futile efforts to cast him in bad light. However, the people are much wiser and things are becoming much clearer by the day.

It is really a great achievement for the Ganduje administration to consistently pay salary to public servants and still execute these numerous money-guzzling projects within this period of two years since its assumption of office. While other States are grappling with salary liabilities for many months, the State Government has been paying a colossal monthly wage bill of about N10 billion. Mr. President, this is a great achievement and the Governor deserves a pat on the back for this has demonstrated his prudent management of scarce financial resources, acumen, transparency and accountability.

Mr. President is scheduled to commission two mega hospitals inherited and completed by the Ganduje administration which will impact directly on the lives of the people unlike some elephant projects executed by others for mere prestige and self-deification. The government also installed state-of-the-art equipment with a view to providing efficient and effective healthcare services to the teeming people of the State. The completion of these two projects in particular has clearly demonstrated that Dr. Ganduje is not a short-sighted politician as others wilfully refuse to complete projects initiated by their predecessors however important they are to the betterment of the lives of the people that defied rains and sun to vote them into office.

Apart from spending billions of Naira to complete the two health facilities, the Ganduje administration also expended the sums of N964,883,036.56 and N1,999,053,126.54 for the procurement of modern equipment and furniture for the 250-bed Zoo Road Paediatric and 250-bed Giginyu Specialist Hospitals respectively, these equipments and furniture have been successfully installed ready for commissioning by our august visitor in sha Allah. During his recent visit to the hospitals, the Hon. Minister of Health was highly impressed by these ultra-modern pieces of equipment which he described as the first of their kind in the country that will go a long way in preventing medical tourism by some Nigerians that flock to foreign countries in search of quality healthcare services.

Other gigantic projects to be commissioned by Mr. President include the multi-billion Naira Madobi-Panshekara underpass embarked upon by the present administration in order to ensure safe motoring, bring to an end chaotic traffic jam and beautify the environment, the CBN Quarters Road, among a host of many others all executed within a space of two years of the present administration.

Also, Mr. President will embark on inspection visits to some projects which include the resuscitated Kano Agricultural Supply Company (KASCO) that has been provided with a second modern fertilizer blending line and the company now supplies assorted fertilizer to even the federal and some state governments. Unlike before, KASCO is now a very profitable entity ably run by a new team of visionary and dedicated management staff which is to the credit of the Ganduje administration.

There is no doubt that the Buhari administration has clearly made its policy on agriculture known loud and clear so that the age-long over-reliance on oil will be a thing of the past and the Ganduje administration has unwaveringly towed this line. That is why it has been according the agricultural sector much-needed support in terms of provision of fertilizer and other inputs and credit support to local farmers.

To this end, the President will inspect some private rice mills established by some businessmen to support the federal government initiatives on local rice production to reduce its importation that guzzles billions of US Dollars annually.

One project that is dear to Gov. Ganduje is the on-going multi-billion Naira ultra-modern skills acquisition centre project aimed at training the youth of both sexes in about 22 vocational skills in an effort to make them self-reliant and productive. It is this gigantic project that Mr. President will inspect especially as contract for the supply and installation of equipment worth about N2 billion at the centre has been awarded recently by the State Government.

Another inherited project which the Governor is bent on completing under a PPP arrangement is the Kanawa Modern Market (Kano Economic City) and that is why Mr. President will lay the foundation of this ambitious project that will transform the commercial landscape of the State and even the West African sub-region. Upon completion, the market will consist of thousands of shops of various sizes, hotel, and other modern facilities/amenities. In addition, Mr. President will visit the famous Kantin Kwari Textile Market to witness the on-going modernization projects embarked upon by the State Government in line with the consistent policy of the Ganduje administration to modernize all major markets in the State aimed at creating a conducive commercial/business environment.

So, Mr. President, Kano State is working as it is undergoing rapid socio-economic transformation under Gov. Ganduje. Remarkable achievements have been recorded and the Kanawas are very appreciative of this progress which you will see in sha Allah when you visit this ancient and historic city of Kano, how i wish you will stay for months, to be able to visit all the projects embarked upon by Ganduje, as two days will certainly not be enough to go round and see them all. All this despite the recent economic recession in the country that affected all tiers of government, but our amiable and far-sighted Governor has weathered the storm. Apart from initiating new projects, the Governor has vowed on several occasions to complete all inherited projects that have direct bearing on the lives of the teeming people of the State and we have seen that he has kept to his promises as a gentleman with vast experiences garnered from various public spheres.