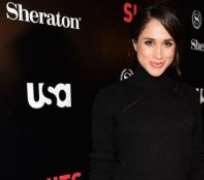 “Britain's relationship with race will change forever,” screamed the headline above a Guardian column  after news of Prince Harry’s engagement to Meghan Markle broke on Monday, but the excitement might be premature — Markle will likely be instructed by royal advisers to hide that she is biracial and probably won’t end up doing much to improve the rocky race relations in the United Kingdom, according to two noted British scholars.

“She won't be allowed to be a black princess. The only way she can be accepted is to pass for white,” Kehinde Andrews, an associate professor of sociology at Birmingham City University who launched the first black studies degree in Europe, told Newsweek. “If there are people who are celebrating, it's a bit naive, and they'll be very disappointed.”

Markle, whose mother is black and whose father is white, is being touted by some as a beacon of progress for the United Kingdom and its royal family, which has an exclusively white lineage with the exception of Princess Sophie Charlotte, who married King George III in 1761 and was rumored to have African ancestry.

The family’s bloodline reflects that of the the United Kingdom, where 87.1 percent of the population is white and just 3 percent is black.

Prince Harry and his fiancée, American actress Meghan Markle, pose for a photograph in the Sunken Garden at London’s Kensington Palace on November 27. DANIEL LEAL-OLIVAS/AFP/Getty

Andrews doesn’t believe that having the biracial Markle inside the royal family will be enough to change centuries of racist British thinking.

On Monday, the white neighbor of one of Andrews's friends was in “almost mourning” because the royal family should “reflect the natives of the country,” the neighbor said.

“After all, you wouldn't have a white person in the Indian royal family,” she added, according to Andrews.

And before the engagement, the Daily Mail had been obsessed with Markle’s race, publishing an article headlined, “Harry's Girl Is (Almost) Straight Outta Compton,” and another story featuring genealogists to discuss how Markle’s background differs from that of the royals.

But others celebrated the news.
“As a biracial gal this makes me happy,” tweeted New Zealander Kimberly Allen, speaking for many. “Proof that people aren’t racists is always comforting to me.”

More “proof” will likely be needed. Markle’s future grandfather-in-law Prince Philip, after all, is a noted racist  who once asked a Kenyan woman, “You are a woman, aren't you?”

It's that type of response that may encourage Markle’s teachers, who educate outsiders about how to be royal, to warn her about flaunting her black heritage.

“I suspect she will be strongly advised by Royal advisers to avoid discussing her ethnicity,” Ellis Cashmore, a British sociologist and cultural critic, told Newsweek.

Complicating the country's understanding of her identity, British people don't differentiate between being black and biracial, and Markle is referred to by residents as “black.”

Markle has spoken about her race, penning a piece a piece for Elle in 2015 about being biracial in which she talks about how her father once told her to draw her own box when ticking off her ethnicity on forms.

On Monday, the future princess called the media’s focus on her race “disheartening,” prompting Cashmore to speculate that Markle would likely talk about her ethnicity again.

“She will ignore [the advisers] at some stage. She’s bound to want to describe how she feels about herself and how she self-identifies,” he said.