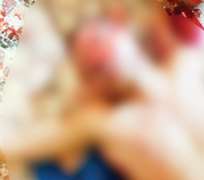 A pastor was killed Sunday morning by persons suspected to be Badoo members.

The incident occurred at Lajo Road, near transformer in Igbogbo-Bayeku, The Nation reports.

The pastor's widow, Gloria and 10-month-old baby, Goodness, were said to have been found unconscious.  They were rushed to Ikorodu General Hospital by policemen from Igbogbo Division.

The attack occurred few hours after acting Police Commissioner Imohimi Edgal met with all stakeholders at the palace of the Ikorodu monarch, Oba Abdulrasheed Shotobi on the menace of ritual killings.

It was gathered that the assailants smashed the head of the pastor identified as Victor Kanayo with two big stones, which were said to have been found beside him.

The murderers cut the iron bars on the window of the bungalow the family lived in before entering the house.

Police spokesman Chike Oti, a Superintendent (SP) said some persons have been arrested in connection with the murder.

He said the police had commenced an investigation into the case, adding that the command was digging into the pastor's past to be sure there was no connection between his past and murder.

Oti stated that the look into his past was a sequel to a human skull tattooed on the deceased's shoulder, which detectives believe had cultism connotations.

He said: “Around 7 am, at Offin, Igbogbo, Lagos, a suburb of Ikorodu town, one Victor Kanayo, a male person and a pastor was murdered.

“The command has made a couple of arrests and suspects are being questioned with a view to discovering the author of the heinous crime. The Commissioner of Police has also dispatched a team of crack detectives to unravel those behind the murder, dig into the past of the victim and see if there is a correlation between his past and his fate.

“The issue of his past before he became a born-again Christian is of interest to the police because of a human skull tattoo drawn on his left arm which gives the victim away as one who may have belonged to any of the dreaded cult groups. The investigation into the case is ongoing. Findings will be made public as usual by the CP.”

Meanwhile, the police yesterday barred churches and mosques in Ikorodu and environs from holding vigil without tight security.

The Acting Lagos State Police Commissioner, Imohimi Edgal warned that he would arrest and charge with murder any pastor in whose church ritualists kill worshippers during a vigil.

Suspected gunmen yesterday killed a pastor, Victor Kanayo, with the Redeemed Christian Church of God (RCCG) at Igbogbo in Ikorodu area of Lagos State. It was learnt that the incident occurred at Offin, a suburb of Ikorodu about 7a.m. The assailants were said to have killed Kanayo in the presence of his family members in his house.

The state Public Relations Officer (PPRO), a Superintendent of Police (SP) Chile Oti, said in a statement that the command had made some arrests and the suspects were being questioned with a view to discover those behind the heinous crime. Oti said the Commissioner of Police, Imohimi Edgal, had also dispatched a team of crack detectives to unravel those behind the murder of the pastor and dig into his past to see if there was a correlation between his past and his fate.

He said: “The issue of his past before he became a born again Christian is of interest to the police because of a human skull tattoo drawn on his left arm which gives the victim away as one who may have belonged to any of the dreaded cult groups.” Oti added that investigation into the murder was ongoing while findings would be made public by the police commissioner.