Toll gates are coming back to federal roads: Fashola 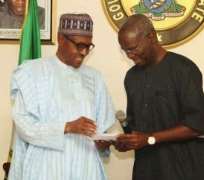 The Minister of Power, Works and Housing, Mr. Babatunde Fashola (SAN), on Thursday told the  the Senate Commitee on Federal Roads Maintenance Agency that plans have been concluded to re-introduce tolls on major highways across the country.

The minister, who was appearing before the committee, said 38 points had been identified in the first phase of the re-introduction.

“Clearly, tolling is coming,” the minister told the lawmakers.

According to him, that the new toll gates would be situated at the old spots, Fashola stated that tolls would be collected after the roads had been made motorable.

“We can also control the price so that nobody is bidding with disparage prices; there will be the floor and the ceiling. Your price will vary according to how many plazas you build and not because you claim to have used 'foreign' materials.

“The last part we are working on is the software that drives the management, audit and payment of toll. We want to use the development that has taken place between when the old toll plazas were dismantled and now. There were no GSM and payment platforms as of that time as we have cell phones and cards now. We want to make it very easy for people to go to kiosks and buy toll cards and pay tolls.

“It will also be easy to audit from any of our offices. We will be able to see what is going on, how many people passed, how many vehicles, and we can settle payments to operators in a very transparent and accountable way.”