Carter Center Report: Gécamines believes that the Carter Center is evading the real questions and preserving the right targets 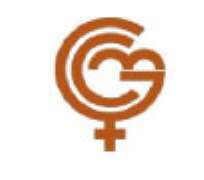 Lubumbashi, November 23, 2017 – On November 3, 2017, the Carter Center published a report titled “A State Affair: Privatizing Congo’s Copper Sector”. This report, purported as a critical review of the mining sector in the Democratic Republic of the Congo, turns out to be a mere incriminating report against Gécamines.

After having taken the time to meticulously analyze the terms of this report, Gécamines notes that the main grievances against it are the following:

- Gécamines would receive and spend important sums of money, without real internal or

- Gécamines would not significantly contribute to the State’s budget, or to its own recovery;

- Gécamines would even use these sums for wrong purposes; or even

- Gécamines would be benefiting from a derogating treatment.

In reality, the Carter Center shows three fundamental weaknesses through this report:

1. A conveniently approximate use of figures and statistical data

The report relentlessly tries to demonstrate that some revenues would be incompletely declared. However, all of the revenues received by Gécamines over the relevant periods are faithfully transcribed into the accounts of the company. The calculations put forward by the Carter Center to demonstrate an alleged disappearance of 750 million USD, which are based on the EITI declarations and payments publicly declared by partner companies, are therefore wrong. Gécamines intends to rectify the major errors and mistruths contained in the report:

- Between 2010 and 2014, Gécamines invested a total amount of 860,873,898 USD, in particular for the acquisition of strategic assets, the realization of directly productive investments, as well as the certification of reserves to prepare future projects.

- Between 2010 and 2014, the indebtedness of Gécamines has been reduced by 10%, Gécamines not having, in any event, benefited from a debt settlement.

- The Board of Directors inherited, when it arrived in November 2010, from a social debt backlog amounting to 51,299,957 USD. This sum has been 100% settled for the enforcement workforce and up to 93% for the executive workforce. If it is true that there has been some tensions relating to salaries in 2014-2015, period corresponding to the end of the world super-cycle for raw materials where main mining actors discharged a large part of their employees, which Gécamines did not do, these salaries have been catch-up the following year.

- Since 2015 (period which is not covered by the report), Gécamines is the only company of the State’s portfolio which has set up a retirement support plan, which to date allowed 2,294 agents to benefit from their final account. This effort represented, as of today, a mobilization of 45 million USD.

Gécamines regrets that the Carter Center is uttering as serious allegations against Gécamines, supposed to base the world’s public opinion, on the basis of estimates which turn out to be erroneous. Gécamines wants to remind that it accounts for at any time to its sole shareholder, which controls its action and is duly represented within the company’s corporate bodies. Concerning control and transparency mechanisms within the company, Gécamines reminds once again that its financial statements are not only certified by an auditor, but also audited by the largest audit firms in the world.

2. A partial and oriented description of the status of Gécamines The report attempts to demonstrate that Gécamines would enjoy derogatory privileges, disrupting competition between mining operators. On this very last point, Gécamines first wishes to recall that almost all of the mining production is handled by external partners of the Democratic of the Congo, which is enough to demonstrate the minimal impact of Gécamines on competition between operators. For the remainder, Gécamines only acknowledges that the report does not even try to put into

perspective the mission of a national company like Gécamines, given the preeminence of the mining sector in the Democratic Republic of the Congo. It would be easy to establish that in other countries in which the Carter Center does not seem to be interested, national companies of comparable strategic importance would not have a different position.

Gécamines wishes to recall that:

- The minority stakes held by Gécamines have not paid dividends for nearly 15 years, while some partnerships generate multi-billion dollars sales.

- As the report itself points out, revenues received by the Democratic Republic of the Congo from these partnerships are far below reasonable expectations. The question posed by the Carter Center report goes well beyond the approximations deplored above, but invites us to rethink the right balance of the mining activities benefits between private partners and the Congolese partner. That is why Gécamines undertook, in accordance with the contracts in question, to initiate a process of critical review of the terms of the main partnerships, which appear to be chronically managed to the detriment of Gécamines and the Democratic Republic of the Congo, due to management practices and policies of external partners having the effect of artificially lowering the results, as revealed by independent audits commissioned by Gécamines. Surprisingly, this imbalance and these practices are never denounced and even less the object of thunderous reports like the one published by the Carter Center.