Femi Fani-Kayode, the EFCC and The Court of Appeal 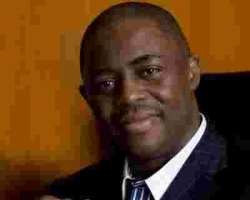 In view of the amount of disinformation and lies that is being peddled around about the facts of the case between the EFCC and Chief Femi Fani-Kayode which is presently being heard in the Federal High Court in Lagos I believe that it is important that a few clarifications are made about the facts of that case so that people are not misled.

In July 2008 the EFCC charged Chief Fani-Kayode with embezzeling 19.5 billion naira Aviation Intervention Fund and when it was clear that there was absolutely no evidence to sustain that charge and that in fact he not only left 7.2 billion Naira in the Aviation Intervention Fund account but that he was actually the one that investigated and exposed the fact that the 6.5 billion Naira Safe Tower Project money had gone missing from the Aviation Intervention Fund BEFORE he became Minister, they dropped all the charges against him. After that and 6 months later they now went to his personal bank account and added up all the money that had been turned over in that account for a number of years, including his salary as a government minister. The total amount was approximately 250 million Naira and they then claimed that this was money that he was "laundering" and they consequenly charged him with "money laundering" in Dec. 2008. They claimed that every single deposit that he made into his personal account that was up to 500,000 naira or more over the few years before and in the few months after he became a Minister constituted one count of money laundering each. They DID NOT ALLEGE THAT SUCH MONEY WAS STOLEN FROM ANYWHERE and neither have they said that it comes from any illicit source and Fani-Kayode has NOT been charged for stealing 250 million as some commentators who know nothing about the case are ignorantly asserting. The contention of the EFCC is simply that anyone that pays 500,O00 naira cash or more into his account should be charged with one count of money laundering for each of those deposits and that that person has committed the offence of money laundering.

In Fani-Kayode's case this is made all the more ridiculous by the fact that every single deposit that made up the aggregate figure and turnover of cash over those years that added up to the 250 million Naira came from legitimate sources, consultancy agreements and various businesses that Fani-Kayode had established over the years. He gave proof and evidence of all that during the course of the investigations to the EFCC but of course they were not interested in establishing the truth. Their brief and orders from Yar'adua were just to nail and charge Fani-Kayode at all costs, even if it was just for breathing air and to keep him busy for the next few years by attempting to clear himself in court. The efcc strategy is also to feed as many lies to the Nigerian public as possible in order to stigmatise him, discredit him and make him look like a common criminal. If this were not so why have the efcc not deemed it fit to announce to the world that they were forced to drop all the charges that they initially preffered against him when they arrested him at the Senate in 2008 and accused and charged him for stealing the 19.5 billion Naira Aviation Intervention Fund? In any other country the EFCC would have been compelled to announce this monuemental gaffe to the world and publically apologise to Fani-Kayode. But instead of that they went into a frenzy looking for ANYTHING else to nail him with including the ridiculous idea that he was "laundering" his own money and money that he had mostly acquired and that had passed through his account long before he even went into public office.

Please take note of 2 things here. Chief Fani-Kayode was Minister of Aviation for only 11 months and yet the money that they claim he was "laundering" came in and out of his account over a period of years previous to the time that he even joined government. Again they never told us where this supposedly dirty money which was allegedly being laundered allegedly came from and exactly what it was that made it dirty. They also claimed that they found 250 million in his account when they arrested him, which was just not true. This was an EFCC lie. What they found in his account at the time of his arrest was actually 120,000 naira. The 250 million naira was an aggregate figure of total deposits of his personal finances into his account over a period of years which they then added up to reach 250 million. This was certainly not government money or stolen money and neither have the EFCC even alleged that this is so.

In the light of all this I think that it is very premature for Chief Fani-Kayode's detractors to begin to jubilate and clap their hands for themselves and for the EFCC simply because the Court of Appeal sitting in Lagos just yesterday reversed the earlier ruling of the Federal High Court that Fani-Kayode's computer-generated bank statement was inadmissable in law. This really does not prove anything against him and all it means is that the trial will be a little more prolonged which is precisely what those that are trying to keep him out of the 2011 Osun state governorship race and their friends at the EFCC are trying to achieve. The plot is made all the more interesting and the matter more complicated given the fact that in my view the Court of Appeal ruling was very suspect and completely wrong in law. I say this because the legal authorities all the way to the Supreme Court are very clear on this matter and have constantly reiterated the inadmissabity of computer-generated bank statements and for good reasons too. The Nigerian Evidence Act is very clear on this too so I cannot understand how or why the Court of Appeal would or could have come to it's ridiculous conclusion that suddenly such unreliable evidence which can be subject to all sorts of mistakes, distortions and manipulations is now admissable in law. This was clearly an error on their part and it is indeed good news that Fani-Kayode's lawyers have already indicated their intention to vigorously challenge that Court of Appeal ruling at the Supreme Court where I have no doubt that it will be overturned. The implication of all this is that the matter will drag on for at least another few years which is most unfair and unecessary but at the end of it all I have little doubt that Fani-Kayode will be vindicated and his enemies will be put to shame. Let me end this piece by publishing the press statement that was issued to the Nigerian newspapers yesterday 27th May after the Court Appeal ruling by Fani-Kayode's press secretary Mr. Bayo Oladeji which I thought was highly appropriate.

"As regards todays Court of Appeal ruling we were all in court this morning and up until now we have not been given any reasons as to how and why the Court of Appeal came to it's decision because they did not read out the contents or give us copies of their ruling. They just came to court and told us their decision but they did not tell us how they arrived at that decision. Whatever their reasons are we will certainly go on appeal to the Supreme Court on this crucial point of law and in this matter. Needless to say we strongly believe that the Court of Appeal erred in law on this matter. Consequently we have every intention of mounting a vigorous and strong appeal to the Supreme Court, which is the highest court in the land, with a view to overturning this ruling. Whichever way you look at it the fact of the matter is that by their ruling the Court of Appeal have sought to overule an existing Supreme Court decision on this crucial issue which happens to be on all fours with our case. The Supreme Court ruling which they have sought to overturn is the 1975 case of Yusufu v. ABC which was presided over by no less a distinguished personality than the former Chief Justice of Nigeria, Justice Atanda Fatayi- Williams who actually read the ruling of the Supreme Court himself on that occassion . In this country, based on the principle of precedence and "stare decisis," it is only the Supreme Court that has the power and the right to overturn or overule it's own previous decisions on any matter and certainly not the Court of Appeal or any other lower court. It is either that or the legislature or National Assembly alone can change the existing law by amending the relevant act which in this case is the Evidence Act. As much as we disagree with this ruling we still have the utmost respect for the Nigerian judiciary and we are not in the least bit worried about it because we have no doubt that we will get justice at the Supreme Court on this critical matter and on this point of law. At the end of it all we will be vindicated."

This position and intended course of action was reiterated and confirmed to the newspapers and various Nigerian television stations by Chief Fani-Kayode's lead counsel Chief Ladi Rotimi-Williams S.A.N.. One thing is clear to me from all the available facts: that not only is Fani-Kayode innocent of any wrongdoing but that he is being subjected to the most wicked and vicious form of politically- motivated persecution and malice from the EFCC. At the end of the day however he will be vindicated and his accusers and those that appear to think that it is all over for him simply because of yesterdays Court of Appeal ruling will soon have their joy cut short and will be utterly put to shame. Such travails and tribulations are usually the portion of men and women with a great destiny and future. I have no doubt that this is the case here and Fani-Kayode's enemies, just like in the cases of the biblical Joseph and David, will one day be forced to bow before him. He is a great man with a great destiny and God will never forsake him because constantly he has reiterated his faith and his belief in the power of God to deliver and restore. His innocence and his faith will speak and fight for him. My only regret is that President Umaru Yar'adua, the man that set all this cruelty and persecution against Fani-Kayode, Nasir El-Rufai, Nuhu Ribadu and so many other great and bright sons and daughters of Nigeria into motion and that not only funded and encouraged it but also fed the public so many lies about his victims through his agents at the EFCC is long dead and therefore cannot live to see it. God bless Nigeria.

Dayo J. Atofolaki is a Social Commentator and Alumni of Harvard Business School.

Disclaimer: "The views/contents expressed in this article are the sole responsibility of the author(s) and do not necessarily reflect those of The Nigerian Voice. The Nigerian Voice will not be responsible or liable for any inaccurate or incorrect statements contained in this article."
Articles by Dayo J. Atofolaki
27-3-2011  Who Are The Yorubas, Where Did They Come From And What Is Their History?24-1-2010  Re: Wanted: Airports That Work; Misconceptions About Fani-kayode