The Role Of The Church When Marriage Becomes A Death Trap 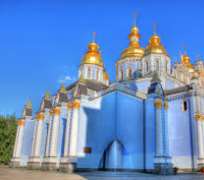 Marriage is a legal union between two consenting adults. Though this union is most times preceeded by a period of scintillating love relationship, it is laden with huddles. Love is a strong basis for and in marriage but many married people will tell you that the challenge of married is not love, but living together; sharing the same space and tolerating each other.

In this part of the world, the church is deeply involved with marriages; from the period of budding relationships to wedding solemnization, ensuring that couples know and adhere to Christian tenets concerning it. One of these is the dogma of "for better, for worse" which means the couple must accept the consequences of their decision whether the outcome is good or bad.

However, few years ago, a church had reason to change this doctrine. For decades, they had upheld and taught the usual principle "for better, for worse" and enjoined members to endure the ups and downs of their marriages however extreme. All this changed when a church member killed his wife.

After years of marriage and a few children, things became sore between a couple. They became incompatible as their quarrels and fights increased in frequency. The man, an elder in the church, would beat his wife for every little reason. A few times, the woman who was also a church leader, would reported her situation to the church council, but the Pastor would always encouraged her from the scriptures, reminding her of her status as women leader and the church marriage doctrine of "for better, for worse". She endured to make the marriage work; to be a good example to young couples never to give up in marriage; to keep her status as leader amongst women and to keep her husband's high-ranking portfolio in the church, all these to her detriment.

On that fateful morning, as her corpse was being wheeled to the mortuary, the entire community, immediate family, and children were surprised and devastated. The church members wondered how this could ever happen to such a "spirit-filled, tongue speaking and lovable" couple. The Pastor felt very guilty because unlike other mourners, he had a chance to save the woman but rather opted otherwise, to preserve the image of the church.

However, with this incident, the church council decided to revise its stands and amend the church policy concerning marriage and divorce. Even though the church encourages members to remain in their marriages, spouses who are under persistent physical abuse are now allowed to "separate", live separately (not divorce) in the interest of their safety, and also that of their children.

Perhaps all churches, as matter of responsibility and urgency, should also consider the dark side of marriage and modify doctrines so as to preserve the lives of their members because the sanctity of life far outweighs that of marriage if one were to be chosen over the other.

Usha Anenga is a Medical Doctor and sociopolitical commentator. He writes from Makurdi, Benue State.