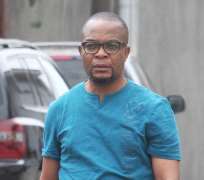 They were arrested following a complaint received by the Commission from one Eddy Henshaw, an employee of a new generation bank on March 17, 2017.

The complainant had alleged that sometime between January and February, 2017, Danium Energy Services Limited, one of the bank’s customers that enjoy credit facilities, approached the bank to finance three different Purchase Orders for the sale of Automotive Gas Oil, AGO, to Total Nigeria Plc, with a cumulative value of N12, 134, 700,000(Twelve Billion One Hundred and Thirty-four Million, Seven Hundred Thousand Naira).

However, the purchase orders were discovered to have been forged when the bank approached Total Nigeria Plc for payment 21 days after financing the transaction.

The accused pleaded not guilty to the charge preferred against them.

Following their pleas of not guilty, the prosecution counsel, Nnemeka Omewa, informed the court that the defendants had earlier been arraigned for the same alleged offences and granted bail by Justice Oluremi Oguntoyinbo.

The prosecution counsel added that the defendants had, however, challenged the jurisdiction of the court to hear the case and also sought a variation of the bail earlier granted them.

In his response, counsel to the first defendant, Ladi Williams, SAN, again, moved two motions before the court, one challenging the jurisdiction of the court to hear the case and another for variation of the bail conditions earlier granted the first and third defendants.

The case was adjourned to November 24, 2017 for hearing of both applications.

The defendants were ordered to be remanded in Ikoyi Prisons pending fulfillment of their bail conditions.