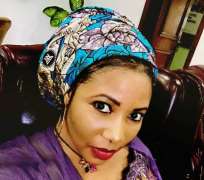 Up north, in our hills and valleys, rich planes and fertile lands, we have a certain problem with what constitutes a job. Yes, what exactly is a job? It is either we set the bar so pathetically low, when for example you find our uneducated and unskilled brethrens going all the way from kano to Port Harcourt just to sell garden eggs; or we set it unrealistically high when our educated folks would take either a blue collar job or none!

While in plain sight in between these dysfunctional extremes are entrepreneurship, entrepreneurs and money. Lots of it. This explains our poverty in abundance and how the southerners effectively control the economy and all entrepreneurial commands

"Mai Shayi" is a food entrepreneur. He is our uneducated folk desperately looking up rather than settle as a maiguard or a truck pusher. That is the spirit. However, our 'educated' white collar job seeking mob fail to see it that way. To them a job means a certificate, salary and perhaps a suit to match them all with. In the process, conveniently missing the fact that all the Mc Donald's and Starbucks they so love to patronize in Europe and Asia are just other "Mai Shayis" organized, supported and regulated by their societies.

While government is planning capital intensive projects that will benefit the elites in the society it must also not forget to do so for its masses that form the bulk of the population. People should note that while millions of Naira might seem insignificant to a certain class of people, couples of thousands of Naira is a life changing sum to other millions in other classes of people in our society.

Stupefied by the clangor a move by His Excellency the Governor of Kano State elicited, as an indigene, I chose to instead pull back and assess things pragmatically. I may not be an economist or a financial analyst, however it does not take one to become aware of the alarming rise of poverty in direct proportion with lack of employment!

With the recent development of being in the post recession era, though not completely out of the woods; a lot would still need to be done to alleviate people's suffering.

Despite obtaining the required qualifications to be employed anywhere, a chunky number of people remain still remain jobless due to the fact that there just isn't enough to go round. What this implies is utter frustration, confusion, mental health issues, poverty, an inescapable rise in crimes and the urge to turn to drugs for a deceptively temporary solace.

It was reported that in 2015 there were over 12 million unemployed youths! Such is the grim fate of an average Kano youth with the exception of a few privileged ones.

Not all educated youths are employable, even more terrifying is that plenty of youths can hardly be regarded as educated, a lethal recipe of an imminent societal decay brewing.....and hence the desperate need to look within for lasting solutions. I personally perceive this as the "use what you have to get what you want" approach.

It is always crucial for people to contextualize Government policies and programs. Equally of note is to always bear in mind socio-economic context and realities of our society. It is evident to everyone that cares to listen and observe that our society is made up of people of different strata each with their peculiarities and needs. A wise government must therefore be sensitive to this realities and must always design public programme that caters for all its citizens and supporters.

The beneficiaries were presented with grinding machine, sewing machine, spaghetti making tool and Masa/Kosai fryer and a working capital of N5, 000 each.

Similarly, in July this year, Kano State Government in collaboration with DFID, launched an empowerment program named "Mafita" (solution) with 2, 445 apprentices including physically challenged persons and Almajiris benefiting from the it.

The programme was aimed at training disadvantaged youth and women in various skills that comprised leather works, auto mechanic, tailoring, interior decoration and other crafts.

Understandably, tea business may not fall into a typical category of craftsmanship, however it is every bit as good as it would primarily help in keeping people off the streets while remarkably increasing the economic growth of our communities, just as other acquired skills are perceived to do.

Unemployment has been identified as the biggest challenge of Kano State, hence the recent "Mai Shayi" empowerment may not be unconnected to the Governor Ganduje's resolve to invest in the development of skills, talents and entrepreneurship of women and youths to appropriately address it.

Therefore, any program that seeks to boost people's capital base should receive all the accolades it deserves. A few interaction with these beneficiaries would convince any skeptics of the huge impact these empowerment programs have had on both their trades and families. A well to do might dismiss such gestures easily perhaps due to lack of being in constant touch with the grassroots but certainly anyone in touch with the masses at the grassroots will marvel at the initiative and its potential impact on the economic activities of the common man.

I still maintain that "Mai Shayi" empowerment is a laudable and realistic move by His Excellency to address the unemployment issues bedeviling the great center of commerce, Birnin Dabo. Unless these issues are continually managed; the future for the Kano Youth is bleak and would remain ominous for a long time to come.

It is quite puzzling and unacceptably hypocritical how the same people who once cheered the mass kano weddings during the previous administration suddenly felt slighted by Governor Ganduje's Mai Shayis" empowerment.

Conclusively, a Government that chooses amongst other things to encourage the economic growth of thousands of its downtrodden masses should be applauded and appreciated than the one that chooses to do nothing or engage in wasteful spendings and white elephant projects that end up as abandoned projects with massive capital waste. I am with Ganduje on this one.

Maryam Shettima writes from Abuja, Nigeria. She is the founder and CEO of Azure Partners, a global strategy consulting firm.