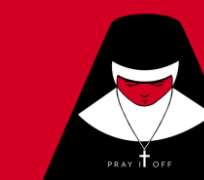 A court in India has sentenced a Bangladeshi man to life in prison for raping an elderly nun, lawyers associated with the case said on Thursday.

The septuagenarian nun was attacked at the Jesus and Mary convent in Ranaghat town by a gang of robbers in March 2015, a crime that drew international outrage and sparked protests.

“The judge on Wednesday ordered he will serve a life sentence until death for the heinous crime which deserves the strongest punishment,” public prosecutor Anindya Rauth said by phone from Kolkata, the capital of West Bengal state.

According to Rauth, four of his accomplices, also from Bangladesh, have been handed 10 years in jail for the robbery, while an Indian, who sheltered them, was also given a 10-year sentence.

The judge noted in his ruling that the men did not deserve any mercy.

“What happened to the elderly nun is a blot on West Bengal's legacy where Mother Teresa worked for the poor,'' Singha said.

The gang, which crossed over from Bangladesh into India, had ransacked the convent and fled with cash and valuables.

The nun was hospitalised and underwent surgery after the assault.

There have been a series of attacks on the minority Christian community in India.

The country is about 80 per cent Hindu, while Muslims comprise about 13 per cent and Christians 2.3 per cent. (dpa/NAN)