Why Nigerians Need to Boycott MTN.. 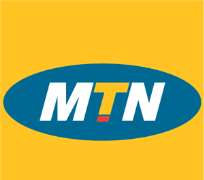 …it is a known fact that MTN Nigeria willfully removed $14 billion out of Nigeria over a period of ten years. Nobody is disputing this. The real question now is, what is Nigeria collectively going to do about this? What is this Senate going to do about it? What about the House of Representatives? And the rest of the federal government?

Recently the Nigerian Senate began a probe of MTN Nigeria and the repatriation of some $14 billion out of Nigeria over a period of 10 years. If these foreign reserves were still in the Nigerian central bank today, the country would have almost $50 billion in foreign reserve capital. It is likely that the naira would also still be trading at at least N200 to $1. Thus, this staggering amount taken out of Nigeria’s foreign reserves by just one company is in part responsible for the collapse of the Nigerian national currency and the massive inflation that has occurred since. The collapse of the naira also primarily caused Nigeria to slip into a crushing recession for quite some time. Accordingly, addressing this matter of foreign exchange hemorrhaging out of Nigeria is among the most paramount issues facing the nation’s economy today. Since the collapse of the naira, the CBN has put in place strict restrictions on foreign exchange usage and has even limited access to foreign capital for manufacturers, including local automakers.

One would think that a competent legislative body would forcefully deal with the matter. Instead, a report released by a committee of the Senate called for almost nothing. Further, the rest of the body, while they rejected the report, have done nothing to address this matter. Instead they are seemingly more preoccupied with their ongoing feud with the Presidency, which appears more interested in other things than addressing this paramount issue involving MTN and the lost foreign reserve capital. We have seen senators dancing, displaying their exotic cars and images from their foreign travels, without seeing any tangible leadership on the matter of MTN and its unfortunate depletion of Nigeria’s foreign exchange reserves over a 10-year period.

Needless to say, this worthless, time-consuming “probe” and report from the Senate, is not worth the paper that it is documented on. Neither do the people responsible for it, or the entire legislative body that is wasting time revising it, appear to have any desire to act as a professional government body worthy of being taken seriously. As even this worthless report shows, it is a known fact that MTN Nigeria willfully removed $14 billion out of Nigeria over a period of ten years. Nobody is disputing this. The real question now is, what is Nigeria collectively going to do about this? What is this Senate going to do about it? What about the House of Representatives? And the rest of the federal government? What about all the state governments? All the local governments? Finally, WHAT ARE THE NIGERIAN PEOPLE GOING TO DO ABOUT IT? Shockingly so far, the answer is nothing.

As any good parent knows, when a child misbehaves, and you observe them, yet do nothing, you are in fact endorsing and encouraging this misbehaviour. Further to this, when the other well behaved children witness the misconduct, you are encouraging them to also copy and commence the same delinquency. As such, when a child misbehaves, there must be consequences for this, and s/he must be disciplined. In similar manner, for wilfully moving $14 billion out of Nigeria (regardless of all the corrupt CBN governors that no doubt aided and abetted them), on principle MTN itself must face swift and dire consequences, and it must be disciplined, severely. Otherwise, others operating in Nigeria, like those in the notorious airline industry, and others, will follow their lead. Contrary to the nauseating, infantile approach of the Nigerian Senate, it is not really that complex to figure out what Nigeria’s “leaders” should be doing in response to MTN’s misbehaviour.

Since, clearly, none of them has the good sense and/or patriotic mindset required to be “leaders” of a great Nigeria, as a patriotic citizen, I must do my duty and spell it out for them:

No self-respecting Nigerian government official, their subordinates, or even immediate family, at the national, state, and local government levels should be an active user, or be in procession of a mobile phone, or mobile data service, provided by or linked with the MTN network. Accordingly, as a matter of principle, every singly Nigerian government official, from the national-level to the local-level, without exception, should boycot MTN, its network, and all its ancillary services.

The mere fact that this has not happened till date – and there have been literally no calls whatsoever for it in the halls of government of any level – speaks volumes about the sheer stupidity, obscene levels of incompetence, and total absence of patriotism, that exist today among government officials and political “leaders” at all levels in Nigeria. Even with the xenophobic killings in and expulsion of Nigerians from South Africa, Nigerians appear more preoccupied, of recent, with lashing-out at each other than addressing a serious offence committed by this foreign company that has cut the value of the naira in half, while also halving the purchasing power of Nigerians. A governor even erected a statue of the South African president in Nigeria recently! Does one think a Nigerian company could go to South Africa (or any country), withdraw $14 billion from their economy, leave their local currency in crisis admist an economy recession, with Nigerians still killing the nationals of that country in mobs on the streets of Lagos, at the same time, whilst expelling them at the airport? Would the leaders of such country treat that Nigerian company with same level of indifference we now in the attitude of Nigerian ‘leaders’ to South African companies? Do you think they would be patronising that same Nigerian company, buying their products and using its services? While in Nigeria, we erect statues to their leader, use their products, and ignore the cataclysmic damage they have caused our economy, and the well being of our people as a whole. Even elite companies in Nigeria have lost tens of millions of naira due to this issue of the collapse of the currency.

Contrary to the media hype, the problem with Nigeria today is not its structure and neither is the solution its disintegration or reorganisation. Equal to blame are all Nigerian elites from every region. Who among these regional leaders calling for restructuring or succession has condemned MTN for what it has done to undermine Nigeria’s economy and the well being of all Nigerians? The Biafra IPOB leaders? They have all been silent and said nothing, because they too are just as constituting little value and incompetent. Perhaps the Northern leaders or ‘youths’ as they call themselves? They too have been silent and said nothing, because they are similarly of little value and incompetent. The Yoruba Oduduwa leaders? They are like the others. The fact is, all our elites have sat silent because they do not care, yet they have distracted the masses with regionalism to mask that plain and ugly truth.

No amount of restructuring or disintegration will change this. The Nigerian masses need to realise that nobody among the regional elite calling for restructuring or succession is worthy of their trust or support. They do not feel their suffering and they will never fight for them no matter what happens. If they cared about the plight of Nigeria’s people, or the people in their regions, there is no way any of them could sit silent and watch South Africa’s MTN exploit Nigerians with impunity. If Biafran leaders cared an iota about Biafran Nigerians, they would have no choice but to vigorously fight MTN on their behalf; yet they have not. If the Northern youth and leaders cared a bit about the plight of Northern Nigerians, they too would be vigorously fighting MTN on their behalf. If the Yoruba leaders cared one iota about Yoruba Nigerians, they would equally be in total war with MTN on their behalf. Yet, they are not. Their collective and total apathy is one thing they all have in common! Let their mutual inaction serve as a reminder to all Nigerians, who these people truly are, and who they represent with their calls for restructuring and succession.

Ultimately, we as Nigerians are the ones who accept this. It is time for a nationwide boycott of MTN, and I call on all true Nigerian patriots who actually care about common Nigerian people, no matter where they are from, to join me.

David O. Kuranga is principal of a full-service investment, political and economic risk consultancy, and asset management firm that specialises in Africa. He is also the author of The Power of Interdependence.