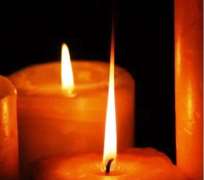 The management of Easy Lander Children School in Lagos has reacted to the death of one of the children in its Creche section saying that media reports of circumstances that led to the child's death is untrue.

Some online publications had reported that the baby whose mother is a National Youth Service Corp member died in the school after she was fed by a Nanny.

Reacting to what it called false online publications, the school in a statement dated November 7, 2017 stated that the baby died in the hospital and not within the school premises as widely reported.

Narrating the circumstance that led to the death of the baby, the school said: " The baby in question was brought to the Crèche section of our school by her mother on 26th October, 2017. She was received by the Nanny and assistant Nanny on duty with her food pack. Following set guidelines, the Nanny fed her at about 9am with the food packed by her mother.

"When the baby started playing with toys, the Nanny left her to attend to other babies. Shortly after, the assistant Nanny noticed some signs of discomfort with the baby and notified the Nanny. As the baby was jerking intermittently, the Nanny immediately contacted the baby’s mother who promptly instructed that her baby be taken to Faith City Hospital in Ajao Estate. The school Proprietress who was away for official purpose was also contacted.

"On getting to the hospital the nurses on duty requested to see the mother of the baby, since she was not accompanied by her mother. The Nanny had no option but to wait with the baby until her mother arrived. Upon taking the baby in after the arrival of her mother, she was later pronounced dead.

"Though shocked, the baby’s parents accepted their fate and decided to bury their daughter same day. They were accompanied to the burial ground by the school Proprietress and the school driver."

The school further stated that that it would have insisted on an autopsy to ascertain the real cause of the baby’s death, but choose to respect the wishes of her parents who have since buried her.

According to school, a day after the incident, some unidentified men stormed the school premises, dragged the Nanny outside and thoroughly beat her up.

The school which noted that the baby's death and the beating of the Nanny was reported at Ajao Police station, said it is hopeful that police will do justice to the matter.

The school however insisted that it adheres to best practices in taking care of children under its care and appeal to journalists and bloggers to always get their facts right before publishing news stories.

It further noted that the school proprietress, her family and some staff have paid condolence visit to the bereaved family.

"The proprietress and her family and some staff also paid condolence visit to the bereaved family on Sunday 30th October, 2017.

"In this time of grieve, our heartfelt condolence and prayers are with the family of the Late Baby. We will continue to pray for them and hope that God will bless them with another child."