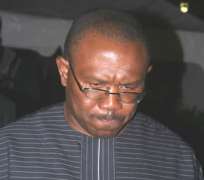 As a Real Estate operator around Onitsha and environs who is also active in the political space, I could not let the falsehood being circulated by desperate PDP-Obi-Obaze marooned media hands led by one Val Obienyem on social media platform confuse the gullible.

In fact, when I raised alarm that the campaign strategy of the Peter Obi led PDP will fail because it is predicated on fabrication of lies to discredit the incumbent governor of Anambra state, Chief Willie Obiano, they shouted persecution. Today their many lies are fast catching up with them and in desperation; they are manufacturing more lies to get the attention of ndi Anambra who have seen through their devious schemes. The latest staple from the table of the PDP-Obi-Obaze purveyors of falsehood is a spurious write up titled “Who owns the New Hotel?” It would have been best to ignore the puerile concoction but the mischief embedded by the author could not be ignored less he misleads the uniformed.

The facts are that the Obiano administration in furtherance of its objective of building enduring institutions rather than dependence on handouts from Federation Accounts Allocation Committee (FAAC) and others, adopted the transparent approach to Public Private Partnerships (PPP) which ensures that his government concentrate on its core mandate by allowing competent private operators to manage such businesses for the benefit of ndi Anambra.

Thus it is not news that the government adopted the option of concessioning to competent private developers. Onitsha Mall is up and running, Nnewi shopping mall has reverted to Nnewi indigenes, just as Awka is an going concern; Agulu is now Golden Tulip Hotels, while the Onitsha hotels is handled by Cardinal Developers whose initial financing arrangement with AfroExim bank was stalled under the weight of recession and high exchange rate. Hence they are now in the process of getting new financing to complete the project. Pray why would any sane person accuse Obiano of ‘virement’ of non-existent and unappropriated funds?

From available records and town planning charts there is no provision for any other hotel in the area mentioned. To answer the two questions you ignorantly posed; Mr. Val Obienyem
As per the mention of someone you wish to take over, ndi Anambra are yet to hear anyone with better alternative than Chief WILLIE Obiano, a man who successfully managed and cushioned the Anambra economy and it navigated the national recession unscathed.

Last word! The Bible said, “You will know the truth….” But I add, the way you use the truth determines whether ndi Anambra will set you free.

Be warned. Stop peddling these lies!