As We Remember Ken Saro-Wiwa 22 Years After 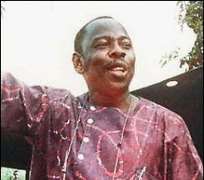 The 1995 hanging of nine Ogoni human rights activists remains a permanent stain on Nigeria's claim to civilization. The role Shell played in the hangings will continue to question the company's credibility and public perception no matter how much she invests to launder her battered image as the chief sponsor of terror against the Ogonis.

Shell has taken advantage of Nigeria, ignoring globally accepted practices and conducting business in ways that has endangered the Ogoni ethnic nationality. The company, caught up in a civil uprising in Ogoni has deployed extreme measures, sponsoring military crackdown to silent the Ogoni voice which has exposed the company as a racist and irresponsible multinational.

On November 10, 1995, Ken Saro-Wiwa, Dr. Barinem Nubari Kiobel, John Kpuinen, Saturday Dobee, Nordu Eawo, Daniel Gbooko, Paul Levura, Felix Nuate and Baribor Bera were hanged by the Nigerian government after they were convicted by a military court. They had no right to appeal against their conviction.

The hangings were coming after a controversial killing of four Ogoni chiefs which we still believe was masterminded by the then military government to incriminate Ken Saro-Wiwa.

Shell, the company whose decisions supersede those of the Nigerian government would claim it had no hand in the hangings. But it actually did have a hand and directly sponsored military crackdown against the Ogoni people including proving financial and logistics support to the military.

Shell is probably, the only influence that could stop Abacha from killing Saro-Wiwa but never did. Shell have had its way in every area within the government circles in Nigeria, Shell is more powerful than the government. Shell has forced the government to change its plans to end gas flaring at least five times and the government have had no option than to extend the dates to suit Shell. They have refused to fund the clean-up of Ogoniland which they polluted and the government remains helpless. Shell can deploy the Nigerian military to any area of interest within the shortest time possible and will never be held accountable for the atrocities committed by the soldiers. In fact, the Nigerian government has never been courageous to question Shell's acts of human rights violations against the people.

At this time, we remember Saro-Wiwa, our beloved and charismatic leader whom the Nigerian government killed with the hope that his death will pave way for them to take our oil. We remember the other eight and the first four - all of whose blood has been a sacrifice for our freedom. We will not fail to actualize our collective dream for a free Ogoni. Though they are no more, they will not rest in peace until human dignity returns to the men, women and children of Ogoniland, until peace and happiness returns to Ogoniland and until our shouts of joy get to them as we celebrate our ultimate freedom..

Shell's irresponsibility will not let them see anything wrong with returning to Ogoniland for oil despite the unfair treatment and unwarranted repression from them and the Nigerian government, their chief collaborator. If Shell had conscience, the company will be ashamed of its actions in Ogoni and will simply give way for the people to decide their future.

Instead of an apology and resignation, Shell in Nigeria launched an Ogoni re-entry plan immediately after the hanging of Saro-Wiwa and others. Oil definitely mean more to Shell than lives and they are still desperate to return to Ogoni at this time. This explains why the company will destroy the Ogoni environment, send soldiers to kill us and not bother, leaving oil spills uncleaned for over 40years and destroying everything with which Ogoni had been naturally endowed.

Saro-Wiwa may be dead but his ideas and our believe that what he stood for were just continues to propel us to stand up and insist on the right thing to be done.

This right thing is that;

1.The Ogoni people as a distinct ethnic group in Nigeria must function within Nigeria as Ogoni people with our rights to self determination fully respected.

2. The demands of the Ogoni people as contained in the Ogoni Bill of Rights (OBR) must be looked into, negotiated and resolved in a satisfactory manner.

3. Shell must adequately compensate the Ogoni people for the pollution of our land, rivers, air and the destruction of livelihood sources spanning over 40years.

4. Shell must clean our land of its mess, the shameful pollution of over 40ears which are clearly detailed in a scientific report by the UNEP.

It should be sounded very clearly that Shell will not escape justice over her crimes against the Ogoni people.

This is why we emphatically state that SHELL REMAINS PERSONA NON-GRATA IN OGONILAND.

The threats against our survival, our fear of non-protection and the fact that we are being subjected to conditions that do not guarantee our survival within Nigeria remains strong even today, 22 years after the death of Ken Saro-Wiwa.

It is time for the world to act and address the unfair treatment of the people of Ogoni - an oil-rich region of Nigeria.

Fegalo Nsuke is the Publicity Secretary of the Movement for the Survival of the Ogoni People(MOSOP). He wrote from Port Harcourt, Nigeria