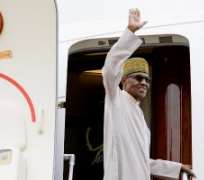 NEC however passed a vote of confidence on the president as well as the Chief John Odigie-Oyegun led National Working Committee NWC, saying both men have done well. Briefing journalists at the end of the meeting which lasted for about two and half hours, Speaker of the House of Representatives, Yakubu Dogara however said the issue of 2019 was not on the agenda of the meeting.

‘Today's meeting was not about 2019 elections. When we talk about 2019 in the context of the agenda you saw, we are talking about membership registration, the drive for membership and others. We are not not talking about elections. Even though there was a motion on the floor that called for a vote of confidence on the President, some of us felt it was not necessary because there is no where that his confidence is shaking. But the motion was taken and passed’